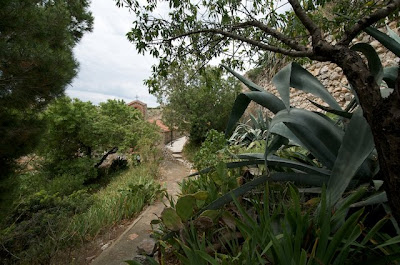 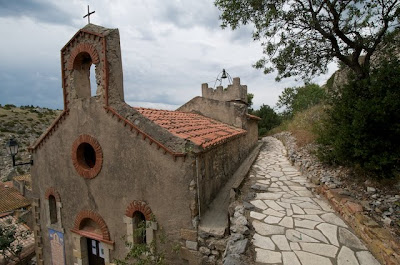 Sort of back in real time. We have both been struck down with really bad colds since returning and now cough duets. I was sold some cough mixture to help loosen up, I was told that it would taste like hell but was the best they had, I love it and will miss it when the cough stops, lots of licorice, yum.

Quite a shock getting back in more ways than one. Our cards had stopped working but we did not expect them to fail on the first visit to the supermarket on the way back from the airport, only bought essentials and have been living off them and cans for a week. Finally ventured out today once cards had been revived. The colds were bad and the physical cold after the high twenties was a shock. Having to wear clothes again! I miss the sparkle off the toes but I am not going out in these temperatures without socks.There was a lot of unhappiness on the blogs when I returned in July so I kept away just incase, you did not let me down! Do you all wait till I am away?

Never again will I leave the epilator behind! A months re growth was a bit much to take off everywhere but I did it yesterday when there was some good light. Re growth is so soft compared to the stubble which came after I shaved, how could I have been so dumb?

We had a wonderful time with the food as you probably figured out, you just have to be an omnivore to really enjoy France. So much choice we never got round to snails though they were available to buy at 6.90 euros per kilo if you wanted them. By walking in the hills around and on the sandy shore line and the odd bike ride I came back almost exactly the same weight as when I set off, that is a first. Will power was the answer, not always taking a starter dish or forgoing a desert. They thought me a little odd at first knowing what a fan of the food I am. The figs kept me regular!

One of the reasons for going was to measure up a gallery space situated in an old chapel. I had been offered the chance of an exhibition there for some time and had told them that next May / June would be good. Julie wanted May, she likes the cooler weather, my vote would be for June so that I could spend the mornings getting a seamless suntan on the beach! The exhibition space inside the old church offers some challenges, I love the rough whitewashed walls, obviously if I framed up pictures like I would in a regular selling show I would need two cars to transport them so I am working on some other ideas. This is just being done for my vanity and pleasure and to show people who know me just what I have done, any sales will just be a bonus.

Oh yes and as you can see the date with Alain has given me my first change of hair style since I was at school nearly forty years ago a couple of years before my old profile picture was taken. 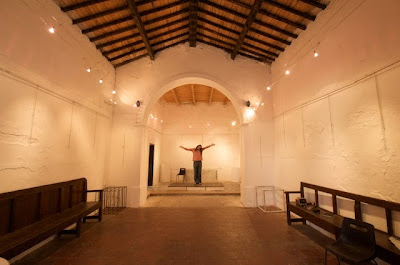