Not at my best 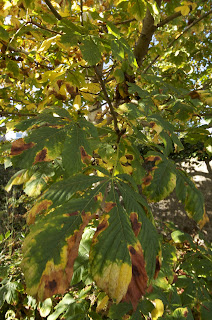 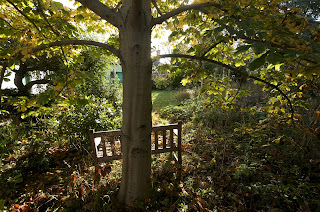 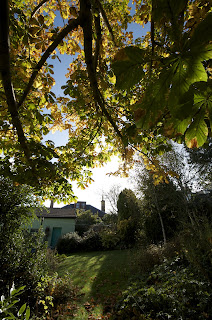 Great start to the day, visit to the cardio nurse for regular check has my BP up again! It had been lowered and regular for ages! After nearly two weeks my cold still has me coughing and, well TMI, she scurried off and got me an appointment for this afternoon to get seen! My favourite doctor is so hard to track down but one slot was found for the end of the month, this is so much easier than negotiating with the receptionist who will tell you to come back on a Thursday morning to try for one of several slots for the next Monday available in the next town! Luckily I live two minutes walk from the health centre and can play their games if only I can remember the byzantine set of rules. They say you can phone at 8 am and for fun I once tried it with multiple phones set to redial. In eight minutes I got eighty engaged tones, I gave up, by ten past eight I had walked down the road and made an appointment!

Twenty three months ago I requested the removal of an annoying lump on my calf, I have an appointment. How did they know when I had organised to go to the theatre with four girlfriends with a meal before the performance, my idea and I bought the tickets two months ago for us to have something to look forward to, how did they find out? Only once in this time have I managed to speak to anyone organising the minor surgeries and that was when they phoned to ask if it was possible to go at that very moment, they knew I was negotiating the purchase of my new windows, how I don’t know but they must have somehow! Hope the one with the knife is better at their job if I ever get called in!

Hardly finished lunch when the doorbell rang and there was a dozen bottles of wine. Wow that was quick I thought, that star trek thing really works! But no this was not the order which had been placed a couple of hours ago but a present from the south of France sent via the friends who had driven down just after us, even sent a kilo of air cured ham to eat with it! Cheered me up quite a bit.

We are starting to come to compromise over cooking. Julie loves to cook but can make two pans greasy boiling an egg! Then she puts them in the sink along with anything else that should not go in the sink! She hates any preparation work so, 1 she will do it and get frustrated, tired and angry and make a mess everywhere then get exhausted doing the cooking or 2 I do the preparation quickly and cleanly then let her enjoy the cooking. Number 2 is her preferred choice, she has said so many times. So why is she going the number 1 route and moaning about it? Clearly some way to go.

Our neighbours gardener has just retired from working on the local farm. This has not resulted in any diminution in the quantity of free samples he is able to find! A large head of broccoli has just been converted into soup. The one trip out we made this week was to stock up on food. We made a rough list then decided it was time for a trip to but wholesale sacks of onions, potatoes and such that will keep, save a fortune but we need cash I said. Going some way off route to get this stuff first I asked the keeper of the cash for the money, blank stare…

I have antibiotics, locum doctor, probably the only ones who now work on fridays jumped when I coughed, he was listening to the innards at the time and I was trying to take a deep breath as instructed. Girl in pharmacy grinned and said she was three weeks into this on with still no sign of an end, we coughed and chatted hoarsely until the prescription was made up, seems I am the first one who actually likes the cough mixture!

Sat out in sun for a while under chestnut tree which I planted to give us shade in our old age. The new neighbour had just cut down an ancient pear tree and the world needed a replacement, this year I finally sited my grandfathers old teak garden bench under it. Don’t be fooled by the pictures I have photographed my suburban paradise with an ultra wide angle lens to turn it into a parkland.