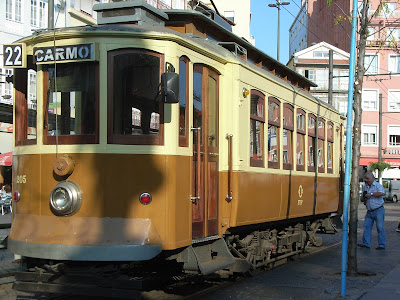 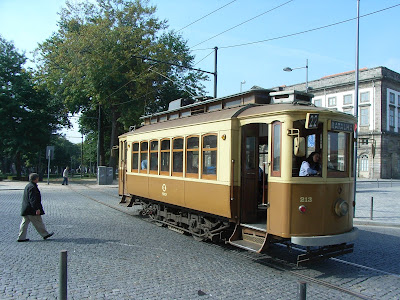 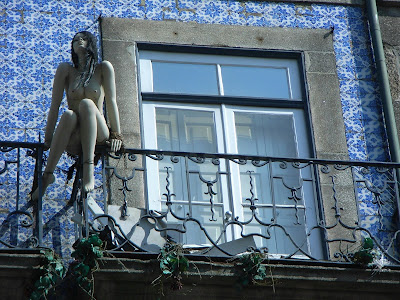 Breakfast in the cafe next door, a fraction of the price you pay in France, no wonder the locals are in and out all the time, tall milky coffee in a glass and pain au chocolate! Then ready for the day.

We first wanted to see the old market so set off on foot up the street of shops which we came down last night. Julie and Y are completely different shoppers, one wants to look at nearly everything, the junkier the better while the other hates shopping. I pushed them both into a closing down sale of accessories and set off in search of the top I had lusted over the night before. Did not note the shop because the thing was in the window but how was I to know that they would change it before I got up! Julie and Y came out each with new necklaces and bits, the necklaces never came off for the whole trip, Y slept in hers!

By now we need another break so stop at the Majestic Cafe which is aptly named. Built as a grand cafe in the 1920’s it is one of only two remaining from then and still putting on the style. There was another which was recently sold to Mcdonalds for the site! Fabulous coffee and an almond cake with the most stylish servers you will find anywhere.

Hardly out of the cafe when I spot a shirt for Y in another sale, they are everywhere! A 50’s print shirt which gets worn for much of the rest of the trip before being purloined by Sophia on our return! The market takes up a whole block partly under repair as usual and all run by women of close to retirement age which gives it great character but does not bode well for the future. There were fruit and vegetables we had never seen plus every shape and style of bacalhau, salt cod, that you could dream up plus all the parts of a pig you would never eat either smoked or unsmoked! The place was full of art students painting and sketching away so I did not feel so out of place when the camera finally came out.

We could not find an easy bus to the river so jumped in taxi again and within a couple of minutes were on an hour river tour first up river then almost out to sea. What poverty there is with shanty houses hanging off the cliffs, old abandoned factories and warehouses litter the shore as picturesque ruins. By the time we get back we can do nothing but find shade and lunch on the shore. All the businesses are run by local families who have obviously lived through times of hardship and poverty we can hardly imagine. It was like being in a Fellini film set from the 50’s or 60’s, quite the opposite to the Majestic of a few hours before.

The heat was exhausting and I was thankful that Y had braided my hair up for this trip as soon as we arrived but the church of San Francisco was just a few hundred yards up the hill and proved to be a cool oasis for us. They started to use gold leaf to decorate the interior and got a bit carried away using 440 pounds of gold. We had the place to ourselves for about half an hour before others started to arrive. With all that gold you would think they would have fabulous post cards to make up for the photo ban, no.

At the foot of the steps from the church was a tram stop so we used our magic cards for a trip out towards the sea. The 1890’s trams have not long been restored and make an interesting contrast to the modern fleet of buses and the metro. The sea breeze revived us for the wandering back to the hotel and cold shower.

Trying a typical local restaurant was not the best choice but my squid was fine so I was happy, live and learn, more research for tomorrow!

Next day we walked to the nearest square to find some transport as another tram drew up. Y was sent to try her fast returning Portuguese to see if the magic ticket worked on this city tour, in prefect Glaswegian we were told no but hop on for a chat and us being on would draw in paying punters. This is how we learned about the local corruption which is rife, the driver is an engineer who has been abroad most of his life and was on the point of returning to help his old mum. Soon we started to attract paying passengers which he greeted in whatever language was necessary! Then we set off to the other side of town. His parting was a question, what do you call a tram enthusiast? A tramsvestite! Apparently I had been a distraction while he was telling his stories, I had been too interested in the details of the tram to notice so I guess he thought I was a…

We were hardly off the tram when journalism students asked if someone would be filmed while discussing the public transport system, by now we could give them enough for a half hour documentary. This was to be a museum day, decorative art and modern art but first we visited an amazing neogothic bookshop with an unbelievable staircase, postcards rubbish and me unemployed!! The underwear shops were even more fun, for this trip I had had to offer Y a loan of my knickers all hers had been washed to death, do not use linen wash!

Better organised we found a bus back to town which took us to The Hole In The Wall where we got a really good meal, by now we have the portions worked out and factor in the salt cod fish balls which just arrive while you wait so only ordered two main dishes. We could not leave without at least a glass of port, we ordered two and got two glasses and they left the bottle of exceptional tawny port on the table! Real value for money. We wander home happy.

By now you have a good idea how we spend our time, a handful of postcards have been written to report on our travels but a people week of looking for somewhere to buy stamps has got us nowhere even when we got directions. The post office was 21 st century chic built into a ruin which is for sale and we had passed several times each day. One year old guides are useless so much closes without warning so we give up and go to the Majestic for a final lunch in style, the new credit card fails to work! Lucky still had some cash. Thursday dish of the day was octopus so that was easy, don’t get that at home!

Three days at this pace feels like a week away so stepping back on the metro just before our ticket expires was almost a relief. The airline charges so much for hold baggage that a full plane had almost none and the cabin was full to overflowing! It was almost 1:20 am after we had driven over the mountains back to France.

Nothing planned for Friday until 5 pm ! I thought I would have been anxious or excited or something. This is something completely out of character I have let myself in for and I am so calm perhaps because he is such a sweet and charming guy. I only worry about getting transport!