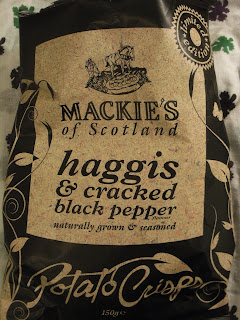 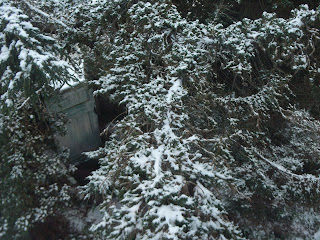 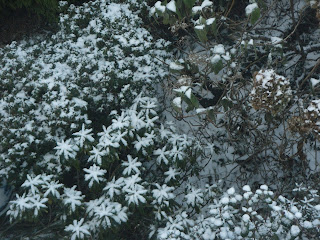 The weather forecasts have proved wrong and the icy blast from the east has abated for a while and water has taken liquid form for the first time in over three weeks. This is not always good news since the water has to go somewhere and that is usually into large pools of slush which can freeze into worse ice sheets than was there before. In years gone bye many of the neighbours would be out to clear the streets but I seem to be the last one prepared to carry on the tradition, it will die out with me I am sure. If the gutters are not cleared the slush is so viscous it hardly drains away, having solid ice in the gutters from all the cars which have slid to the curb gave me quite a workout for an hour and a half. Having a call to rid myself of the mug of morning coffee I decided to be lazy and traditional for someone with my body. Still having some of the original equipment albeit somewhat reduced I thought I should try to write something in the snow, you never know there is always an outside chance I may never get the chance again. Down went the zip and I went to aim the thing but where the heck was it! The cold can cause some shrinkage but the darn thing had disappeared! With cold numb fingers it was a real struggle to get the thing out to perform. Then I forgot that I was going to write something! Short term memory loss!

Before coming back in for lunch I decided to remove the pond ice which was now 3 to 4 cm thick after a little melting. The fish gave me a long look but I have no idea what it was trying to say, “fooled you” I expect. Seems happy enough now but in less than a minute I had lost all feeling in my hands so if I was a fish I would have given up years ago.

Friends had not had their traditional meal for friends this year because one of them was to have gone in for a cataract operation the first week of the new year so were trying to clear up their lives for the lost weeks to come. Naturally the whole thing was cancelled the their grown son arrived home feeling unwell, pig flu! This has messed another tradition which is to arrive just before christmas with a hand delivered card only to be invited in for a glass of wine which never gets empty for hours and hours. Since we now had some clearer paths we decided to go and claim a drink today, half the day vanished as we put the world to rights. We may yet get the meal if the operation does not happen in the next few weeks, things are looking up again.

Some days we have had some glimmers of sun which is now slightly higher in the sky, just skimming the roof and chimney scape around us. The only room which gets sun at this time of year is the bathroom so I have spent some time on personal grooming so as to expose skin and with luck generate some vitamin D. I am certainly feeling much better than last week so shall keep this up for a while longer if the sun shines.

More snow is forecast as the warm Atlantic air meets the Siberian blast so my trip to the west next week is still a concern but these days I hardly worry about much so shall wait and see. The forecasters have an easy job, say a disaster is on the way and if it comes we have been warned and if not we still feel happy not to have had it to deal with!

Our regular weather presenter “Heather the weather” has gone off to promote science to children “Gale” now seems to have taken over!