Finally get the wifi connection! 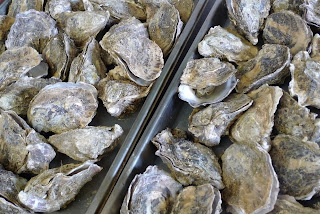 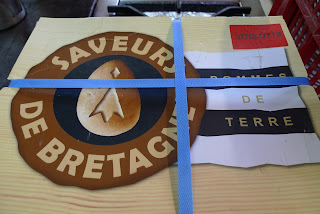 The strange sound of silence.

The house has been full of people for over a week, sweeping in from all over to be here for the opening of my show, at least that’s what they used as an excuse. I waved goodbye to my sister and brother in law, damp eyes and lump in throat, yesterday evening, the last to leave. Everyone has been great about my announcement but Yvonne and Robert have really taken to the project which would be wonderful if Robert would just shave closer!

I had started to keep up a diary when we arrived then life became hectic with my simple, but tedious to carry out, hang for the gallery. Various visitors helped as they could, an artist / architect couple from Scotland demanded to assemble the colour collage on coloured ribbons, just as well since it took ages and we ran out of ribbon so the took a day off to visit the same shop in Spain to get another 25 m. Shame we did not anticipate it’s low stick properties! A small glitch soon overcome. A friend for over 40 years is waiting for a neurological appointment to see why he has become so slow shaky, we worked together for the first couple of days in the gallery letting his wife and daughter have some time together, daughter had come from Germany to be with them for the week. We managed a good days work in two days but Malcolm felt wanted and included in the project but happily passed on the baton to Martin who stopped off in Paris to see Eric Clapton play. By the end there were many hands at work all ignoring health and safety rules as usual.

The opening drew a fair crowd who seemed to be very appreciative, even sold a few which was a surprise. Near the end, Martin my “official” photographer was asked to make a one shot movie with his “still” camera showing the old chapel and the show in the style of Kubrick. The boy did well for a beginner, I shall see if I can get something up for you to see soon.

The real draw was the post opening party back near the house where 44 guests, someone did a count!, helped devour a small buffet of roast pigs, oysters baked in creamy sauce, whole poached salmon, well you get the idea… Everyone seemed to enjoy this part of the evening too.

Just to make sure that the trip was memorable all the house guests got the little talk about my official change of status soon after their arrival. Most reactions were along the lines of so what or not much change then! A little sadness that it had taken me so long to make that final step to openness from some. One couple arrived fresh from Hawaii and we sat and chatted for an hour or so before they decided they had to leave to unpack, I walked them to their car and said that I had some interesting news for them, “oh we know, Sophie told us when she picked us up at the airport”…

So there you have it, an enjoyable but undramatic coming out. Nobody had really ever bothered to join up all the clues, had accepted me as a bit strange and different, I wore women’s clothes, so what, lost facial hair, so what… Guess I just had a nice group of open minded friends.

I have a week or so to recover before Lisa an Lucy jet in, perhaps I can now even spend a few moments out in the sunshine.