A week with a visitor. 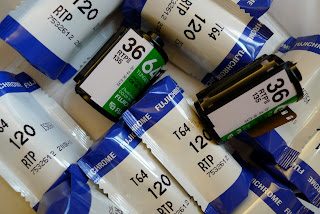 What has life thrown at me recently? The end of an era occurred when the last remaining colour film, all balanced for tungsten lighting for photographing artworks in controlled conditions was finally turfed out. This stuff was magical and I was so completely in harmony with it all slight adjustments to exposure were instinctive to each piece of work and in the last couple of decades hardly ever missed an exposure. I saved a fortune on film, I knew people who made several exposures of everything, I only made two identical exposures “just incase” if I had traveled a long way to do a job. What a waste  that was and what a waste sending this last  box of film to the dump. 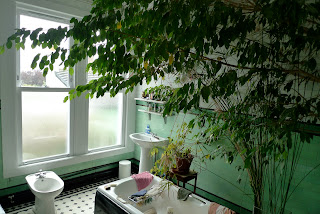 With the imminent arrival of my sister in law I decided to tidy the bathroom. Truth be known it was getting dark in there, not in the day so much but at night the light was buried in amongst the branches. It has been slashed right back but may have to be removed since the tray beneath the pot it grows in has started to leak through to the kitchen beneath, not sure how to go about fixing this. 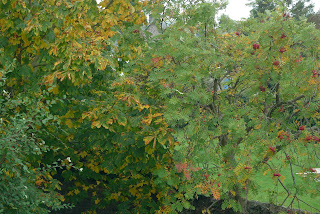 A reconnoitre of the beach seemed a good idea when we got a bright sunny windless day. This could have been one of the requested trips out when Yanna arrived, she chose to go seeking fungi in the woods instead! 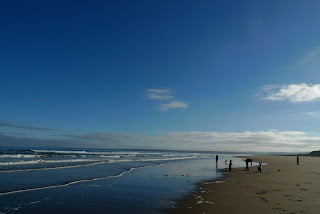 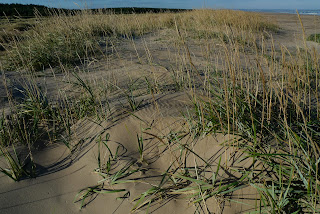 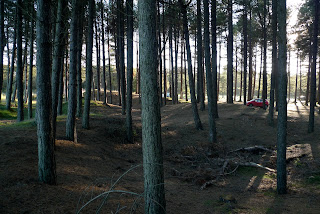 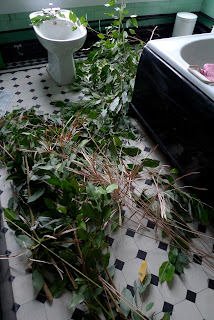 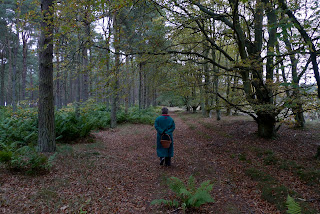 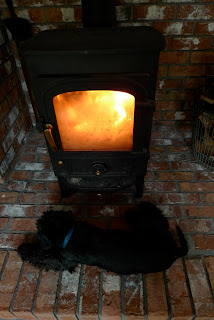 A day in the highlands took us to Aberfeldy and a visit to an old college friend of Yanna’s. Her new painting studio was too good for purpose and is now let out for holidays for most of the year. We talked for hours round the cosy new stove guarded by an even newer dog. 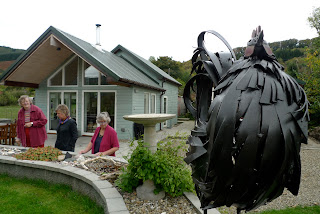 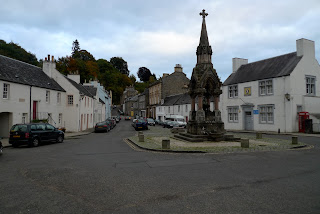 On the way home we passed through Dunkeld on the river Tay just as the light started to fade and later passed a friends new bobbin sculpture with night time illumination. A photograph had been promised so timing was perfect. 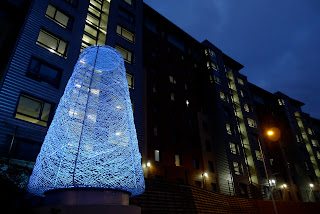 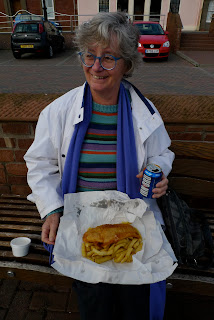 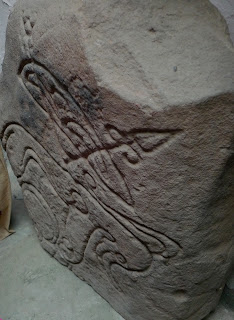 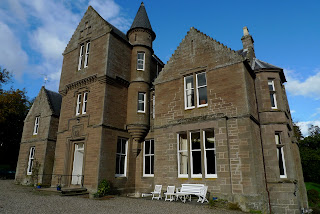 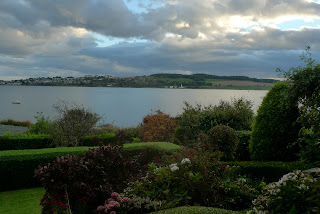 On Yanna’s last day with us yet another old college friend arrived for a lunch visit. In the last four years since we last saw Fiona she has shed her motherly image and reinvented herself as a svelt curvy thing complete with new partner making us look quite frumpy! 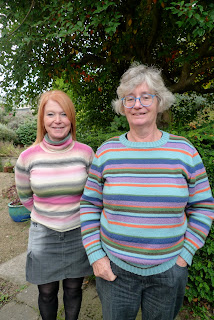 Now we are on our own once again and facing the start of the autumn chill and evenings closing in. Enjoy this post, no more excitement planned for a while.
Posted by Caroline at 01:41