The past week has been quite a domestic one. The freezer has been cleared of the summer’s frozen fruit from the garden and it has been transformed into a cupboard full of jam and jelly. The last of the apples have been turned into chutney, enough to see me through the next year.
Yesterday saw the gathering of about 17 of Julie’s cousins, she has a lot more, and some of their partners for afternoon tea. Tea is involved as the piles of sandwiches, sausage rolls and loads of sweet cake and biscuits. Something of a British tradition. Six months after coming out full-time I have ceased to be of any particular interest as far as the transition is concerned, just one of the girls pretty much like I’ve always been but now we completely and  officially outnumbered the 2 guys! We carried off a large doggie bag of goodies which has fed us today and we still have gingerbread left.
The Frost stayed on the roofs all day today despite the blue sky and sunshine. We took a walk out to the local lending library and exchanged our books, that was a bit chilly on the toes so it has come to the point where I’ll have to cover up the sparkling gold nails with socks until the spring. Always a sad moment in the year.
Tomorrow all being well we are taking a trip to the big city and to meet with one of Julia’s old friends from the National Galleries for lunch. We shall put in a day of culture and with luck I shall find time to slip away for a rare visit to the big girls clothes shop in the city centre. My budget is severely limited but my visit there a couple of months ago provided me with three items next to nothing in a sale, I have such a shortage of smart clothes for this season that I’m even prepared to pay the proper price for something which fits.
Last week I got to hear the recording of my voice made when I first sought  some help after a problem with acid reflux. It was made just after the worst of the croakiness had disappeared and since then I was given some exercises and advice to help feminise my  voice. I was able to compare it with the recent recording and while it is still nowhere near a sweet voice once had it has a naturalness about it and is well within the female range and greatly improved over six months ago. At the weekend tea party the two guys voices boomed out above everyone and I was definitely in there with the girls. Let’s hope I get to try it out in the shop tomorrow along with my new plastic card!
An e-mail arrived from my cousin in Canada. She saved a box of photographs when she was clearing out her parents home recently. After a phone call from her one remaining aunt she decided it was time to get some names to go with the old photographs. She has started scanning them and sent a few for me to look at, I found myself staring at the  blurry old black and white pictures of the creature I once was as a young child, any images I had never seen which had been sent out to my aunt in Canada. Who would have guessed what this poor kid was going to go through. 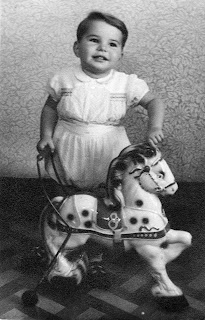 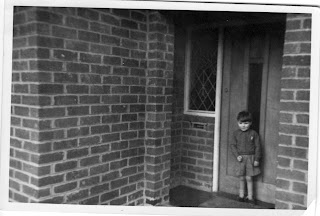 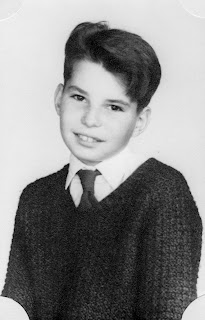 Julie has a project on the go, it is taking up a lot of time on the computer. I’m still getting to read everything on my blog roll and may not get to comment as much as usual for awhile.
Posted by Caroline at 00:48