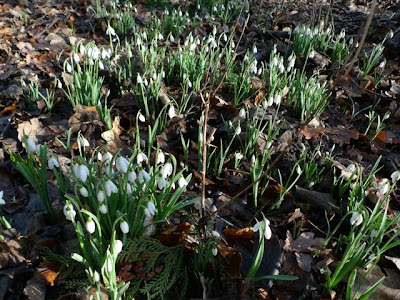 There is very little letup in the rain. We’ve tried to not let it keep us in all the time, we have made several trips out to visit friends taking great care with so much standing water in the fields and the roads. Every puddle is now a potential crash site as evidenced by the many signs going up to denote a recent police presence and road cones warning of some of the worst holes in the road. This year it is going to be impossible to drive around without being constantly held up with temporary traffic lights whilst they do a very bad temporary patch. Nobody seems to have realised the scale of this disaster!
Julie recently opened a Facebook account after a friend from the past  sent her a request, this has led to several other contacts with old acquaintances. One has moved into a city 60 miles north of here  for a year’s contract work so we agreed to meet up in the art gallery. Because it was so disgustingly wet the three of us were able to waste most of the day wandering about discussing the works on show and being us naturally how we would have  displayed them! With a decent cafe and loads of seats around the building we had a great time catching up on so much, sometimes we were all together and usually one of us was chatting to Ronnie and we got on as though she had never been away. We caught the cafe for a last cup of coffee shortly before it was to close and only then did she tell me that there was an Apple store in town just a short walk away so I escaped briefly to go and buy some software. Like many Scottish towns they do do flat very well and I learned that going downhill in slip on  pumps can be hard on the toes, never had this trouble in sandals. I managed back just as they were thrown out at closing time. Because we had eaten so well at lunchtime they expected evening meal together was rejected and  we decided to find a way out of town while there was still some light while Ronnie decided to torture herself with four hours of Nixon in China. We might have been tempted to join her but you need to prepare for something like that like an athlete preparing for a competition!
How stupid to have Valentine’s Day on Monday when all the best restaurants are closed. Instead we chose to go out to a fish restaurant by the sea on a Tuesday when the fresh fish had been landed. Even on Valentine’s Day we usually find another couple to go out with to be the one table being noisily happy while everyone else stares silently into their partner’s eyes. This time there were five of us, including a professor of mediaeval French who is great fun. After the meal we  and stopped off at their house for more chatting coffee. I who know little about computers  gained great kudos by teaching this professor who works with his computer all the time to do so many things which completely puzzled him! The other member of the launch party was one of Julie’s cousins and she came home with us and stayed the night. In effect lunch  took all day. Julie wondered what on earth she would do with her time when she retired…
Some sort of miracle has occurred for each of our sisters, they both have sons in their mid-20s who have never settled down and had nothing but temporary short-term jobs. One has been in Mexico taking diving courses and has finally acquired a teaching qualification!  He can now earn a living doing something he enjoys and I doubt we’ll see much more of him in the next few years. Even more amazing the one who in his early teenage years appeared to be a clone of me has decided to take on a hairdressing apprenticeship and this really enjoying it! Only a year ago he wanted to join the  navy and do something physical! He assures me he has none of my problems! I only hope that is true.
First signs of spring  are showing now only about halfway through cleaning up the dead vegetation which has fallen under the weight of the snow, get caught by this every year. It is my own fault, one of the pleasures of winter is seeing the bare bones of the previous years growth catching winter sun. 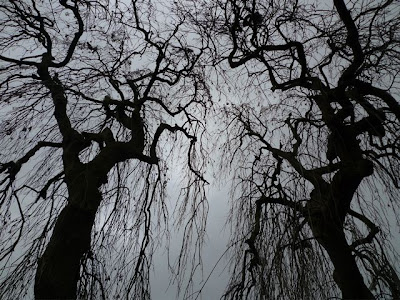