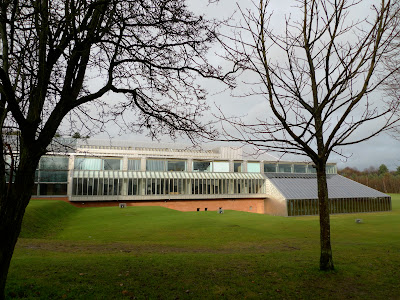 It is some time since my last post and the world seems to be intent on falling into chaos. Our quiet life plods on.
The season is turning towards spring again with longer light and green shoots appearing causing the annual panic to tidy up last year's growth before all becomes chaos. Time to do some serious weeding, so serious I had to borrow a chainsaw! This speeds up gardening more than tenfold and if I hadn't completely blunted the chain I'm sure little of the garden would survive. Last year I noted the start to rot in the base of a large tree but could not bear to cut it down until the birds had the chance to eat all the berries then we had a period of such intense rain I could not get cut it down and had to hand back the chainsaw which had a brand-new chain, I was out of luck this time since my friend has just spent two weeks devastating his own garden? Luckily I have been forgiven for wearing out the machine since I used the wheelbarrow to transport a huge pile of wood to his store. The days of being able to wield such a machine about effortlessly are long gone and I have slept well for two nights now from sheer exhaustion. People often talk of male privilege and I have always denied having any since I never lived any kind of male life but perhaps I should count the musculature created by testosterone as the one male privilege I did enjoy without realising it.
After numerous cancellations because of winter snow and unavailability of the doctors at the gender clinic we finally made the trip west. Better organised this time we stayed over for the night with family taking our very last decent bottle of wine as a token offering, 1928 bottle of Maury, it is supermarket wine for us from now on sadly.
The clinic just seems to want to keep an eye on you once you're on their books. At this stage there is little they can do but check your blood to see that there are no adverse reactions to the HRT and in that respect all is fine. As for any timetable towards GRS they are completely hopeless and as in the dark as we are! Strange games are being played between the funding bodies and the three surgeons who do this work. Perhaps I should repeat that to show that I haven't made a mistake, three surgeons for a population of 60 million! They call it the "national" health service but there is no national about it, countless regions have been created and each one makes up its own rules at random about what it will and will not do. They make it sound like a game and call it "the postcode lottery"and few win.
I listened intently to be exasperated story given to me by the doctor. The closest surgeon is 350 miles south and they have never used him but tend to use somebody 500 miles south who has quite a lot of surgical slots available. Our health service buys up some of the slots at a high price and the remainder are available for private patients at a lower price. The number of available slots for Scotland has been reduced and the health service refuses to buy any more of the available places. Last year very few were able to go from Scotland and four patients had to be held back to be added to this year's quota. You don't have to be a genius to see that this is all getting out of control… 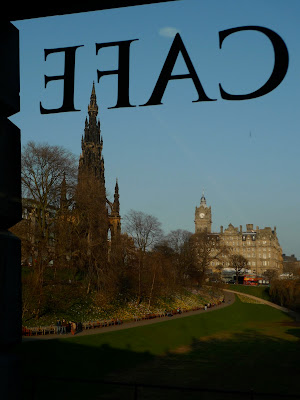 Well that was over a week ago and life has been busy and those frustrations have melted into the past, what will be will be. Gardening is taking up a lot of my time and my new  delicate skin and nails are taking a toll. They have taken a little time off to visit the noise of the city and packed in a little culture and  smart cafe life followed by a meal in an Italian restaurant with a glamorous friend. In the galleries and kept meeting  people we knew who had never heard the news, as ever nobody even blinked! 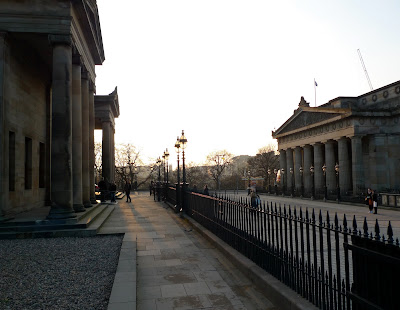 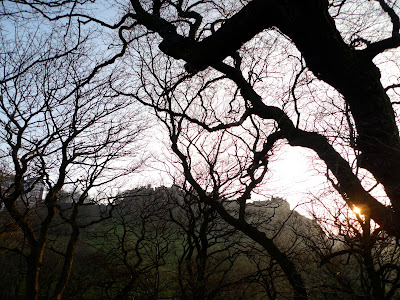 Edinburgh Castle
We stayed overnight in somebody’s flat, even remembered to bring the keys this time! Before collecting a friend from the airport we were able to visit an exhibition of the work of August Sander and his portrait of the German people mainly before the Second World War, it was far too honest to be popular with Hitler and his books were destroyed.
What started as collecting a friend from the airport has once again turned into a hotel situation! Having a house guest is fun for a while especially if it is an absent-minded professor who keeps us entertained but we are hoping he is able to find a replacement for his failed accommodation arrangements. 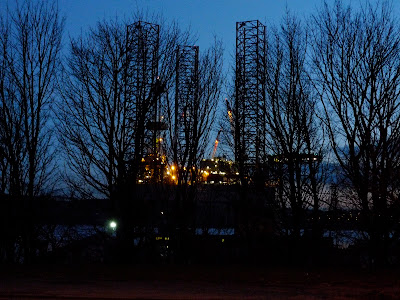 One a.m. Early to bed for me, Sunday lunch party to organise when I get up…
Posted by Caroline at 01:08