Will I ever be trusted with diamond earrings?

Clocks have sprung forward, well some have them have! I have only briefly owned a watch which I used as a stopwatch for timing paid parking but after a couple of years it vanished towards the end of the last century. Clocks now seem to be everywhere and there are some unchanged since the last change and one in the phone is still on European summertime! You can see I hardly ever use my mobile except for emergencies or to get my friends mother to open the door if I visit and she does not hear the door bell. For someone like me who is not a natural morning person, extra light in the evenings is a real bonus.
At last a little warmth in the air and a chance to get some gardening done. The weedy strength weed killer could be sold as plant food! Nobody would notice the difference! About ⅔ of the early vegetable seeds and potatoes are in and my garden helper is going to get some later things going in pots while we are away. Julie prefers to travel in the cooler months so missing the spring display is the price we are paying. It has been warm enough to sit out for our coffee, once even too hot after ten minutes since we are not yet used to it. I tried the same when visiting friends only to end up sitting on the ground as the over wintered chair gave way shredding my gardening pants exposing milky white thighs and black knickers! Got a good laugh out of it which my old self might not have done. They were my favourite hand me downs from Julie and had forgiving waist band, rags now. 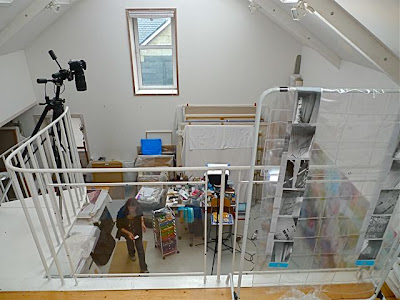 I used to photograph artworks but nearly everyone now has a go at it themselves. It is my own fault, I used to explain how to go about it while I was working since all my clients were friends, soon became friends if we had not been before. A rare call to spend a day in a painters studio, 12 hour day leaving us both exhausted, clearly not as young as we used to be. The hundred mile round trip through the spring countryside was a bonus as was her eclectic musical tastes which parallel my own so we covered Santana to Simone and Gregorian to Glass, a few tracks seem to have got stuck in my laptop! 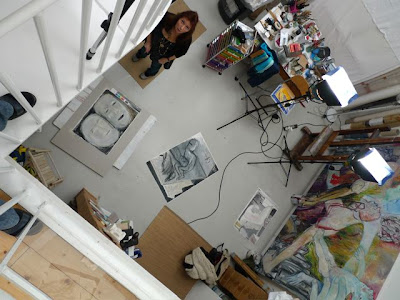 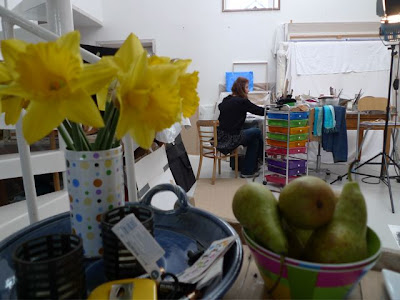 The ten year census forms arrived and had to be filled in today. I have always felt bad about these since I felt like a non person. The questions have been set by idiots many completely useless like the number of rooms without any idea of the size! Open plan living has become more popular reducing the numbers! We filled it in as best we could being a same sex marriage due to political stupidity in legislation and I claimed 2 hours per week work which is about right for the last two years! Nearly every question had an answer somewhere between the available boxes. Interestingly they say nobody reads individual forms yet the prosecute those who don’t fill them in properly, that does not compute!
Look forward to see if there has been an increase in the Jedi Knight following this time, it was a very popular religion choice last time.
Lunch was spent comparing losses of friends and listing those now on the way out! Friday we said goodbye to our most colourful friend and Julie gave one of the addresses at the memorial service. 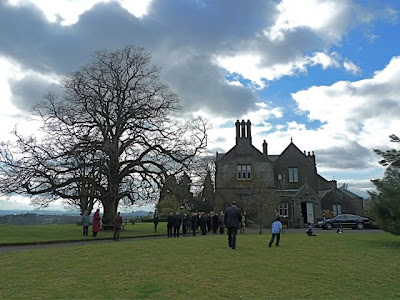 I got her to rewrite it after the first read through, very dry and solemn compared to her usual style. Jokes were inserted at my request and we had the place laughing out loud. If Henny had been organising it herself she would have had a gospel choir singing for us and no doubt got them to do it for free! I gave my ticket to the civic reception to a friend then picked them up later to go to the house to drop her ashes under a tree in the garden decorated by a small proportion of her hat collection, I am sure she would have approved of the belly dancing at the party afterwards by another of her close friends. 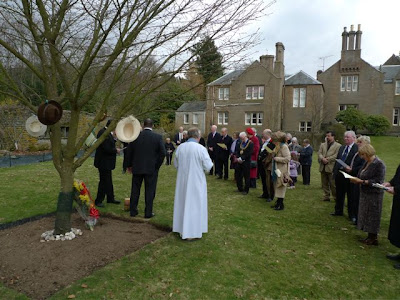 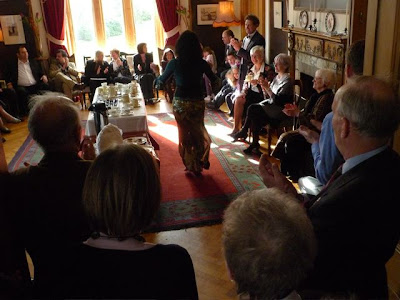 To mark the event I wore my favourite dangly earrings with gardening implement charms. One of the could even be down that hole with her right now. Clearly it is going to be a long time before I am trusted with diamond earrings.
Posted by Caroline at 00:02