If you were hoping for a load of pictures of the trip from Atlantic to Mediterranean showing the snow capped Pyrenees along the way, tough! After an evening watching the sunset from the restaurant while eating a fish dinner in restaurant hanging over the beach I started to feel a cold setting in at breakfast the next morning. First stop was the pharmacy to hold back the symptoms and that seemed to be working fine as we explored the Biarritz coastline so popular in the more elegant decades of the early 20th. century and still popular with surfers. Heading inland on country roads we aimed for somewhere we found by accident nearly thirty years before, it is said to be one of the prettiest villages in France and the Hotel was a beeswaxed time-capsule of old France. What we found was “cleaned up” village wanting to welcome tourists but now without character and as dead as a graveyard with about a dozen carloads of tourists from all over Europe wondering what to do next! Just before arriving we visited the most beautiful church a few miles away built with stones from a sacked Roman town. It has become a Unicef world heritage site which means that halfwits have been allowed to drape cables all over the interior to power unnecessary lighting which makes it impossible to see let alone enjoy the building, as for the junk piled into the corners of the building, crass information panels spoiling the views and as for the tacky cheap grey gravel treatment for pathways round the building…
The fairly new and quiet motorway lay a few miles north so we hit it and cruised three hours east where I could die in peace! Now four days later Julie has decided to try the very same cold for herself despite all attempts to stay apart and avoid warm skin contact! She regrets trying it and is spending Sunday evening in a miserable heap in front of a blazing fire. 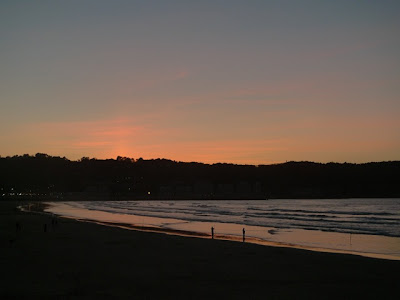 Sunset with Spain across the bay 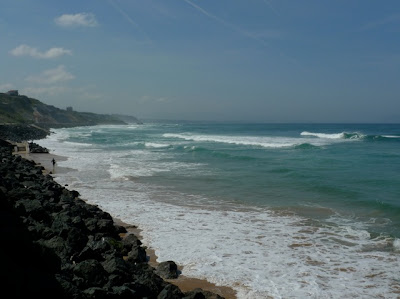 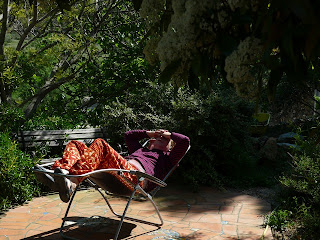 Dying in the garden, not glamorous! 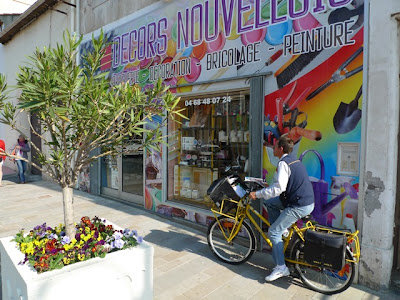 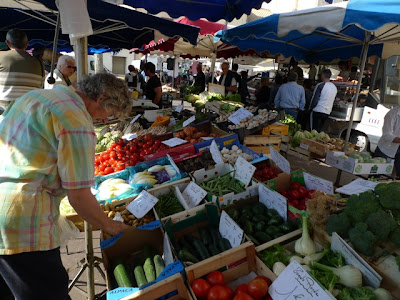 Photography with several bags of
market vegetables is nigh on impossible. 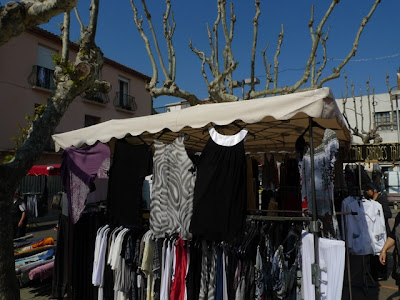 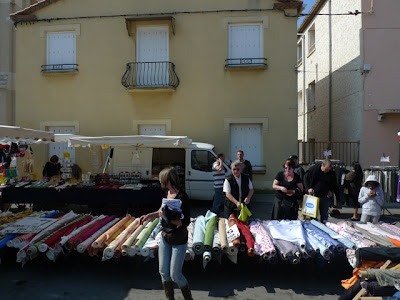 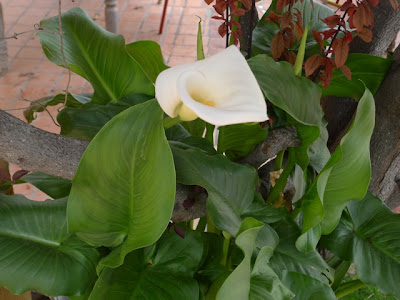 A flower for Jenny 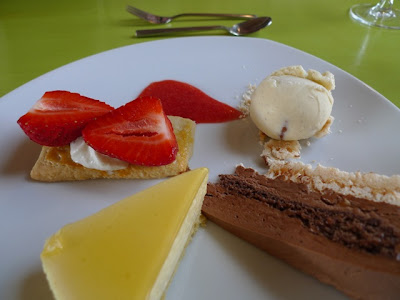 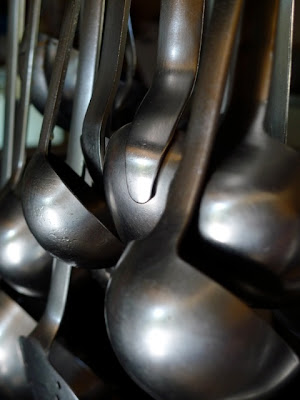 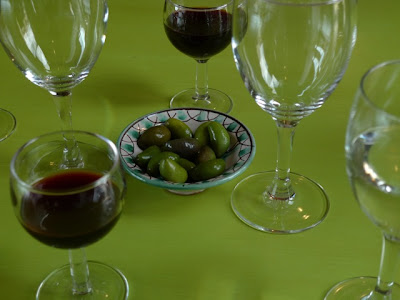 A glass of Maury with our olives 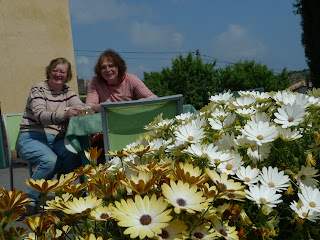 Coffee in the sunshine
Posted by Caroline at 21:18