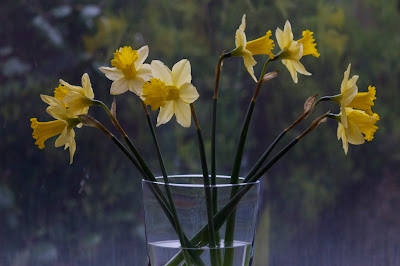 Three weeks ago today at this time I was on a train heading south deep in conversation with an American student studying at St Andrews university. She  was going to spend a few days with a friend’s family near the south coast and showed nothing but genuine interest when I made a complete and honest answer as to why I was also going to the south coast except for the fact that I had to travel so far to find the help I needed.
Two weeks ago I had finally and belatedly got to my feet and started to walk about again, things were looking up and I was going to be free to fly home the next day. The surgeon was generally pleased with the result but showed some concern for an area of graft which may or may not have been successful, it was too early to say but if it failed he said nature would take over and the area would heal over but more slowly.
To aid healing I have a catheter again and the surprising thing is that when I connect up to a bag for the night it always contains more than a litre and a half in the morning while during the day when I am disconnected to let the bladder fill naturally it is sometimes less then the night time volume. Perhaps too much information but I now know why I normally often wake in the night and go for a walk.
Here I am two weeks later able to see just how well healed I could have been as the scars and swelling are calming down but the graft dying back has left me as walking wounded. My two weeks of house arrest determined by the hospital are almost at an end but it looks like I still have another month of taking great care of the wound. I do not think I shall be making trips out for a while yet. 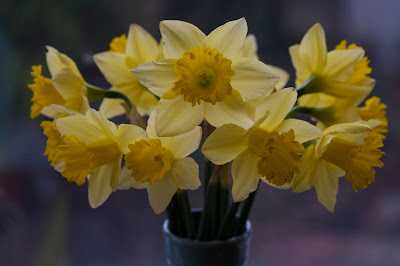 The world is coming to me at the moment laden with flowers and sometimes a wicked temptation of chocolate, Saturday was so busy we were not alone from eleven ‘til seven and one of the nurses paid a visit before that, both of us slept well that night!
Every day I find myself doing things I had not been able to do while still learning how to deal with my little setback and the slow recovery from the operation which had left me sleepy much of the time and my eyes a touch blurry at television watching distances so that way of mind numbing was not much use. One thing consoles me, statistically some of us have setbacks so I guess mine takes the burden off someone else…
I have been dreaming of an early summer return to our family in France so we were encouraged to phone them and see how they were enjoying the late winter sunshine which I used to go out to share. They are not, the lagoons are frozen the lemons have all been frosted and the almond blossom was blasted, nobody can remember anything like it! 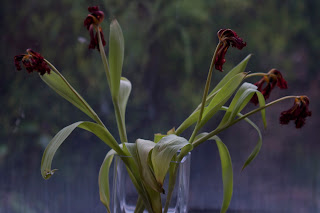 I like to get my monies worth out of flowers!
Posted by Caroline at 00:02