Easter is on it’s way, at least on my first trip to the local shop this year on the 4th the chocolate eggs were already on sale! 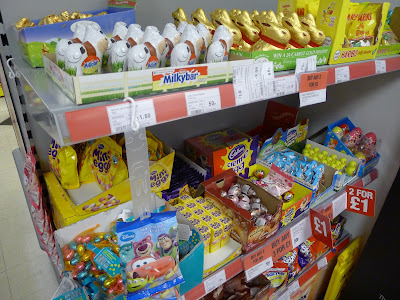 Friends put on a decent display of decorations, if only we had seen these before we had our attempt at putting a tree in the house. 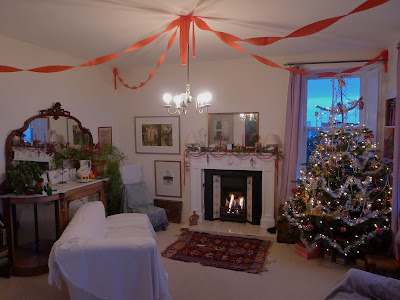 As Yule see it is a bit spartan but it was cheap. Trees used to be so much cheaper in the past but have become serious purchases now, £60 would have only got a decent one at about seven feet tall + &14 for a stand… 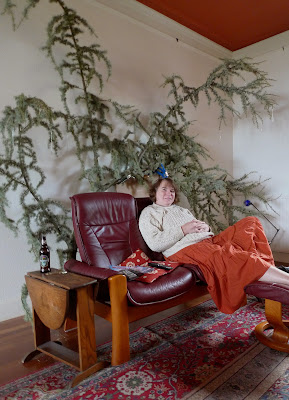 This was eight feet tall and about ten wide, cost £0, it was hanging over the garden wall into the street. Sadly I could not get the whole thing into the house in one piece so I hung the branch which I cut off over the stairwell so that we could walk through the hanging baubles. Visitors were impressed which is what counts. 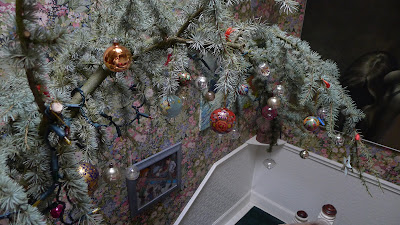 I know why the 6th is the designated day to take them down, one sharp clout on the tree and the floor was covered with needles which have taken hours to clear up, they get everywhere. We are missing it already and the bare room is now positively minimalist at one end at least. 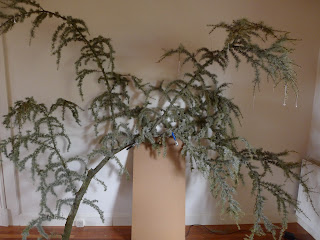 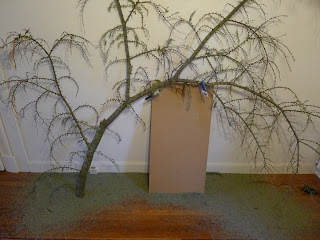 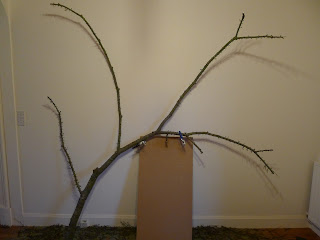