The Garden is a jungle. Well much of it is. This is partly because the garden is just too big to easily look after especially as we get older. We don’t look after the garden, I do. Julie thinks reading a good book with a cup of coffee and a biscuit is gardening. When I first arrived here thirty years ago nature had been allowed to run wild and I foolishly thought  it would just be a matter of time before I had it under control. Fool! Luckily we like a degree of wilderness and it has even become fashionable, who would have thought?
We do not get any more able to get about the rough stone paths and slippy steps round to the greenhouse / garden room, we know because that is where we spent a lot of time camping out during the work on the windows recently. I have long planned to improve the access ever since I found out just how difficult it was to get someone in a wheel chair to join in a party in that room. It involved me balancing the chair on one wheel up to the point on the steps where someone else grabbed the front and we lifted the whole chair and passenger down to the room level. Never again!
I have been gradually devastating the whole area since we returned from our trip, cutting shrubs back to within an inch, or 2.45 centimeter of their life, perhaps even beyond but I need the space for a new ramped pathway. Who needs to go to a gym if you have a garden?
My old self had been through a period of despair and seeing little hope for the future had let nature regain a hold in many places. Here is a piece of garden archeology which parallels my old life.
At just about the same time I got  the message of no hope of help for my dysphoria in the early 70’s someone brought something to the house for my sister in law to repair. When told that it was never going to be possible to return it to a pristine condition it was left here in the garden where it has been subjected to a hard life and sometimes lost in growth to re emerge periodically in ever more miserable condition. We both went into a dark period in the recent past but have both reappeared battered and scarred into the light. For once I think I am in better shape! 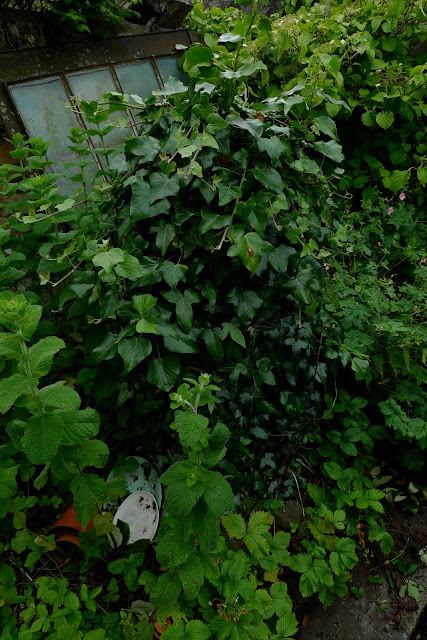 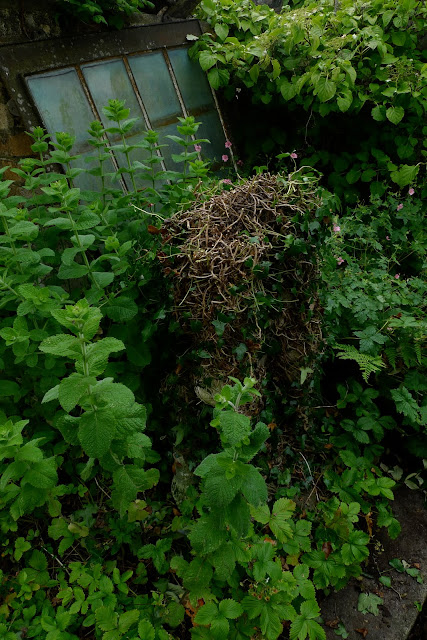 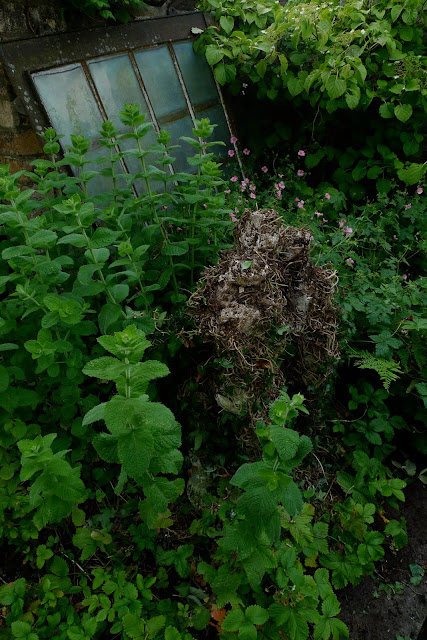 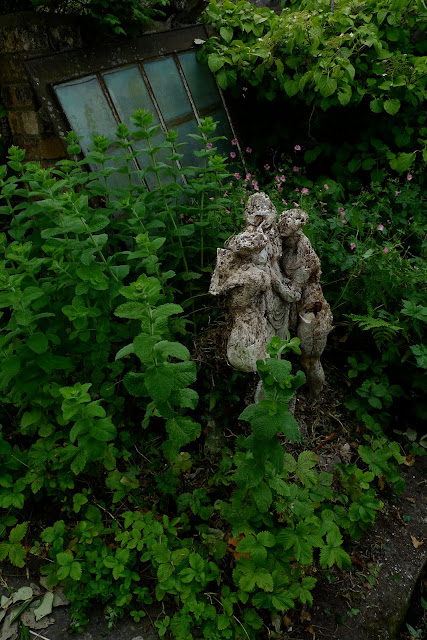 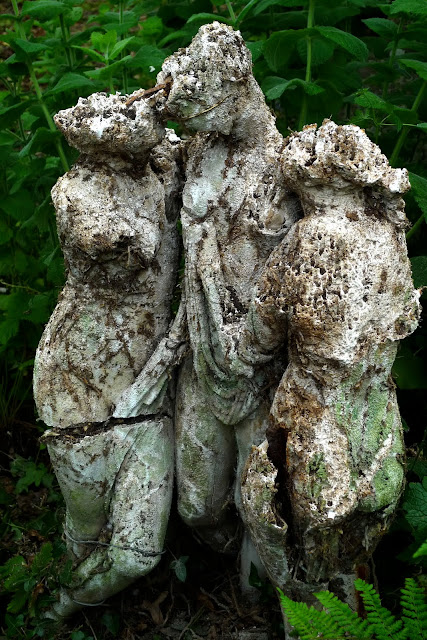