We meet at last. 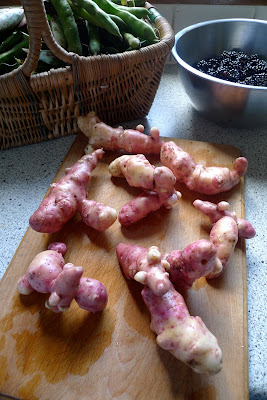 Long long ago but not so far away I finally gave in and sat at the computer and started to search about. We had the machine sitting on a desk for years but it had never been connected to any outside contamination with the net. My beloved spent so much time at work with fast access it seemed foolish to have an expensive connection for the little she needed at home, I knew it would be a great temptation if I got a taste!
All my friends probably think I have spent countless hours mulling over endless photo websites when in fact I have hardly looked at any and then only to see how they had been set up and presented. I have yet to be impressed so if you know of something outstanding drop me a note.
The age of libraries, paper and books had been a disappointment for decades, you could search for ever and  find nothing of interest or if you did it was likely out of date or just plain wrong! I hardly need to say what my area of interest was and still is.
I had little idea what I was doing, had no instruction on how the machine worked beyond press here to switch on and still wish I could look over the shoulder of a good researcher to see how to really make this thing go. Tap in a few words and see what happens seemed like a good start, the thing is hardly likely to blow up, is it?
I tapped in the name of my local area and my area of interest, real life had never brought up anything so what would this machine? Much of what I found that first day is lost in the sands of time but a picture of a girl with a hugh smile on her face in command of the controls of a bus stuck in my memory. Here was a girl with similar life to mine and she lived just a handful of miles, that is 1.6 handfuls of kilometers, away. Perhaps we would meet in the city one day, who knows? At least I knew I was not really alone. Before such a meeting could take place she met someone and was gone and to all intents and purposes I was alone again but had found her website and occasionally dropped by to see how life was treating her. I had no idea that there was a way to automatically follow someone’s site posts! As I got more involved and read more blogs I felt uneasy as if I was looking over some one’s shoulder or listening into a conversation I did not feel I should be hearing. I was reading comments but had never joined in, the guilt was building until one day I had to give my two pence worth but how? I needed an identity, irony since I never felt I really had one in the real world! The site said sign up to comment so I tried to sign into Live Journal and wasted so long trying to find a valid user name, Caroline was already taken and I was not going to be a number! I wanted to comment on a site by another Caroline (Caroline and Suzy of the bus picture were by now an item), and I was a Caroline too, I took out the space and I was in. The comment is long forgotten but having a page of my own hung over me as a temptation for only a short time before I started to make my own posts into the empty void.
As it turned out live journal was not a real success for me, very few people found me and when they got statistics it became obvious I was writing a virtual private diary. When I mirrored the blog on Blogger what a difference, sure nobody made a comment for ages but a few people started to follow me!
For much of this week I read about someone not having a happy holiday in the north of Scotland and half hoped they would pass by on the way south to escape the wild weather but that did not come to pass. I felt strangely sad and bad about having hoped to meet a virtual friend, hormonal emotions! What snapped me out of this was an email from Caroline and Suzy who were heading this way for a family funeral and wondered if we could meet up! This is like busses, you wait for six decades and two come at once!
Their voyage north was enough to put me off the idea of busses for ever, hopefully our time together made up for it and we can do it again in happier times. I am just sorry that the beans were just a bit too over cooked, you just can’t get the staff.
Yes they are potatoes, pink fir apple potatoes and they are wonderful.
Posted by Caroline at 00:50