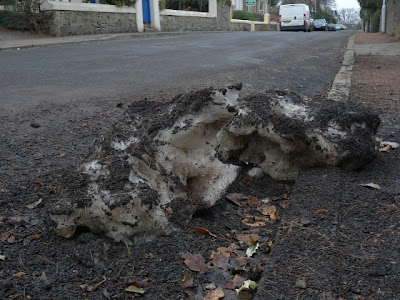 The remains of the North Fife ice sheet and the terminal moraine deposits. There are still glacial remains on the north shore but they have now shrunk to car height! 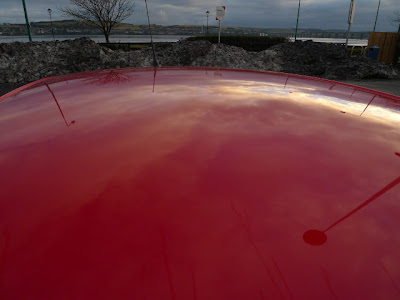 Normal service shall be resumed shortly.
Posted by Caroline at 16:02 1 comment:

This past week for me has been quite joyful and how to express that joy has been occupying my mind for several days. Unfortunately I just can't get up the enthusiasm to be joyful when every time I log on to the net our corner of it shows so many signs of infighting.
I feel quite lucky that when I first started to explore the net our corner of it was bursting with information and slowly I encountered blog after blog written by others trying to share their stories and experiences to help those  who followed.
As a group I fear we are doomed to perpetual alienation from society. A room full of cats have more chance of getting organised than we do. Forces which I cannot understand appear to be at work to keep us perpetually divided into discrete categories! We're almost forming an apartheid movement where a group of post-op transsexuals have taken the position looking down upon those who do not match their criteria. In present-day society any of us who come out publicly in any way are the merest tip of an iceberg, how many countless thousands still live in fear because of being unable to be accepted openly by society whether they be someone who wishes to express themselves by dressing in clothing normally considered to be that preserve contrary to that normally worn by those born in with their particular body type through to those who have known from an early age that nature has pulled a dirty trick on them, giving them an inappropriate body and role for their mindset.
I consider myself one of the latter but it has never stopped me supporting those who have different concerns from my own. The general public have little interest in distinguishing between all our little cliques and to them they are all just grouped together under the T umbrella. Little do they know from our perspective it is broken and full of holes and offers little protection for any of us.
I have lived what is considered three generations now and have seen precious little improvement in our public image, how the medical profession treat us all how we are accepted into society unless we become invisible because they are lucky enough to get treatment sufficient for us to seamlessly meld into a preferred gender. It is hard to believe that it is nearly 60 years and since Christine Jorgensen was front-page news throughout the entire United States and many places beyond.
It is my fervent hope that all this backstabbing and infighting dies away soon and does not drive away too many fellow sufferers coming here in search of hope like I did only to find further disappointment and disillusionment.
Posted by Caroline at 02:47 8 comments:

The holiday season is over and a few pounds have been gained due to the extra temptations on offer. I should know by now and never to buy cheese at this time of year because so much just appears when friends visit. It is hard to resist buying stilton cheese around Christmas when both the offers and the ripeness are at their best. At least that portion which hasn't settled around my waist already made my last batch of soup, celery and onion, truly wonderful. 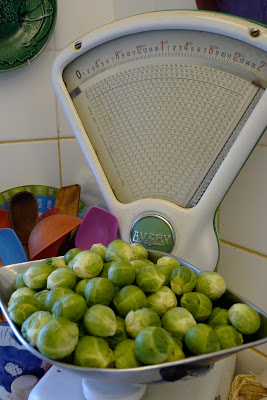 Santa seems to have forgotten us or perhaps like the Post Office, cards and presents have disappeared into limbo.  I've just received a birthday card which I know was posted on 11th.  December should I just keep it as an early card this year? This year we gave each other gas for the central heating as Christmas presents and we have to admit there have been the best present ever! That in combination with the new windows we have been cosy than ever and when the gas bill arrived yesterday we were  well  into credit  instead  of miles behind which we normally would be at this time of year.  Caroline enjoyed Christmas much more than ever before, acceptance has been total  by all our friends and my changes hardly ever mentioned  these days, have become a non-issue! 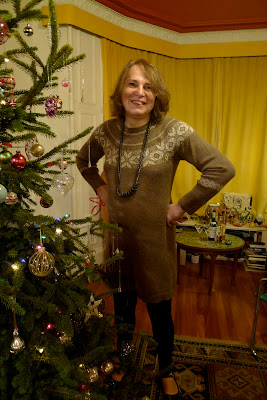 There are still meter high mounds of ice randomly scattered around the roads about here from the first snowfalls a month and a half ago. The occasional thaws and rain showers are both freezing on the ground overnight and when like last night terrors of scattering of fresh snow the next day is truly treacherous. Motorists have overcome there fear and are now driving you crazy speeds with not thought about how they might stop or change direction in a hurry. Walking the streets feels decidedly dangerous when yet another idiot screams past over revving the engine, wheels spinning on the slush and ice. When will it ever end? 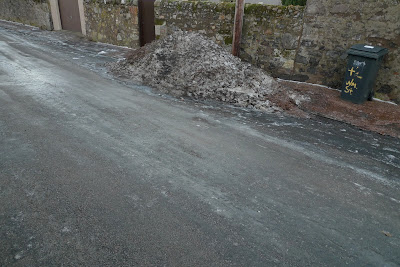 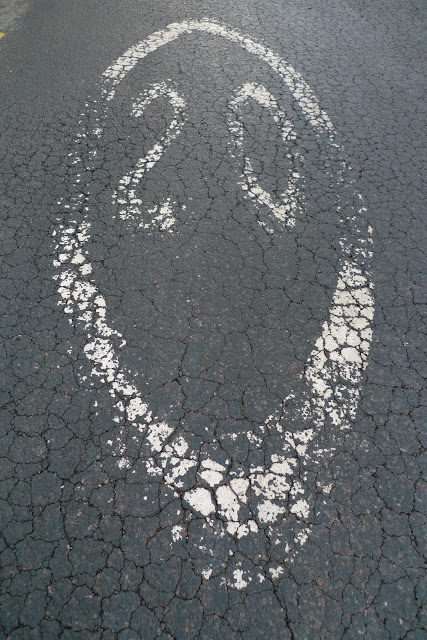 We have avoided most of this by not going far to visit friends or entertaining at home. The Scots have always been very sociable at New Year and for a week or so into the year. For us it has been aided by acquiring half of a deer which had been shot in the cull of the large numbers now found on local farms. Not only was it very reasonable price it has been incredibly tasty, the last casserole was quite the best one we have ever cooked! Finally everyone is settling back into their regular routines and nobody has dropped in for the last two days. Now everybody can start to feel SAD since it will be a while before many of them get a glimmer of sunshine on their skin. Interestingly since losing my testosterone I have been much more cheerful at this time of year long may it continue.
There are certain things which just happen at the same time every year like the first sign of daffodils or leaves falling in the autumn, for me without thinking I start reading books about travel, longing to break free of the winter and head off somewhere on the road. At the moment I'm reading of the cycle ride taken up the west coast of Scotland and it has spurred me on to book a ferry crossing to the continent to give me something concrete to dream up plans for in the early summer. Julie is at her best when the temperatures are not too high so hopefully this will be a good time for to enjoy the trip. The plan is to try and join together as many friends with a free bed as possible now that cash is not so easy to obtain and prices seem to be shooting up, if petrol was still priced per gallon there would probably be riots in the street!
Life here on the net seems a little calmer in the T universe as the squabbling has calmed down over Christmas you doubt it will resume soon. I have deleted and resubmitted profile pictures countless times that it is a complete mystery as to what image will appear if I wish to follow a blog or make a comment clearly I have been cursed in some way and have to carry the blue Square with a question mark to warn people of the curse! I took a long time to be persuaded to join in on Facebook and had finally come to terms with it as a chatty form of blog lite, not at all impressed with the belligerent imposition of their new page layout. Clearly they know what is best for us and we have to put up with it, so many people have spoken of their dissatisfaction, so many have posted that they wish they had never tried the new profile and didn't realise there was no back button! No doubt soon this will be old news then everyone will just accepted their fate, I hate it as much as I think I will perhaps you'll have to put up with more posting here.
A glance at the new calendar shows numerous events looming in the real world, some in not so easy places to reach if this crazy winter weather continues. Time to make sure my few items of decent clothing are in a decent state of cleanliness and ready to go. 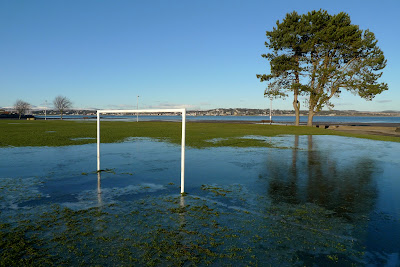 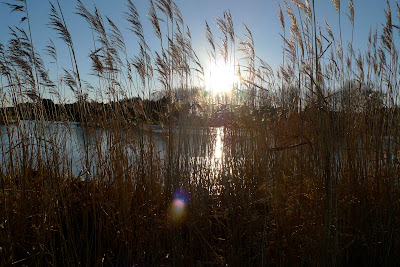 upside down in cloud: getting heard

Scotland hardly even bothered with christmas when I first moved here 40 years ago but saved all it's energies for New Year.

Strangers arriving with a "first foot" present were usually welcomed into people's homes and offered a dram of whisky, they usually arrived with a bottle anyway to ensure that they would be welcome.

Times change and we whizz about in our cars rather than walk the streets where everyone was friendly, homes are full of more stuff which we guard against strangers, the parties are fewer.  Even ten years ago it was more lively, Jill was a teacher from Australia on an exchange with a cousin so she was invited to our new Year's party on her first day here, I set off walking her home at 2 am. but surprised her by saying that I would introduce her to someone interesting on the way home and joined an international party at the new house which was still going strong when we left several hours later. The hostess was in her eighties though she still thought she should be in her twenties!


We must be getting older (not as strong as our "old" friend), since we now have a large lunch party on new year's day though this year the numbers self reduced through various family disruptions and those falling foul of the winter flu . Eventually it ended up as just over optimum!

People have been dropping in or vice versa ever since, many are not looking forward to the return to work in the next few days.

Sales prices have just had an extra 2 1/2% added over night, that was a year's inflation target, going to be interesting to see how this works out. Luckily we have more stuff than we need so no rush to buy anything and my shape and size is in a state of flux so no hurry to buy much in the way of clothes just yet.

The nasty so called comedy couple who like to denigrate us as well as other disadvantaged groups have been given airtime by the Belligerent Broadcasting Company and dark forces have been at work again to eliminate any protests. See what happened to Dru's blog.

upside down in cloud: getting heard
Posted by Caroline at 21:56 10 comments: