Spring and winter at the same time 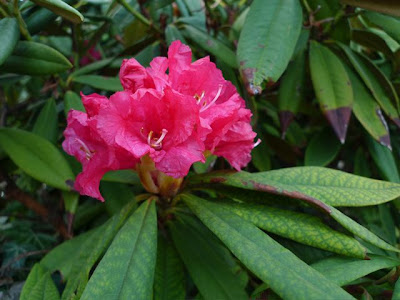 This is usually out in December
In the end we only ran a hotel service for five days before our absent-minded professor got himself organised with accommodation closer to the University where he will be working for the next two months. They say fish and guests go off after three days with Richard this is not quite true, He is a font of interesting information and once he had overcome the jetlag and was excellent at washing dishes. It gave us an excuse to invite people around to eat and my readers know how infrequently we do that! If only he would learn to put down the toilet seat and lid!
Just tidying up the garden to get it into the state where it is safe to leave when we go away for Easter has been exhausting. If ever there was anything called male privilege it has to be strength and muscle tone! I love the slimmed down arms and hands but the strength is just not there for cutting through branches and raking and digging. All my carefully nurtured nails have snapped off one by one and a soft skin scratched and full of splinters from the blackberry vines. We have been lucky with a mild dry spell of weather and feel that I am on track to get some things sown and planted in the next few weeks, choosing what to grow that can be ignored while we are away is a bit of a challenge so we may end up with a lot of beans and potatoes this year. Tomorrow the weather forecast is suggested we may get another fall of snow, not at all surprised since they have been snow and hail showers on and off all this week. My chainsaw friend has been away in London all week to oversee an exhibition of his work from the last 40 years so I have been unable to get rid of all the accumulated wood and clearly now it would be best to take out a few more trees before too much more growth starts up.
Several people have referred to annual fat day instead of pancake Tuesday though who needs to wait for this annual event to make a few pancakes? At first I thought Richard was going to leave on Tuesday morning and I made pancakes on the Monday but that didn't stop me making an even bigger batch when he was still here on the Tuesday! Guests are often surprised at how quickly they arrive at the table once I start cooking but I do keep two cast iron pans just for making pancakes. I think I'll do a separate post on how to make a pancake, I might even put some tags on the post to see if I can draw in some extra readers just for the hell of it.
We were in a hurry to get out the other day and at the last moment I realised I had forgotten to put in some earrings and without thinking picked them up and slipped them on the holes, it is not long ago that I swore it was an impossible job without the aid of a magnifying mirror and a good light. All these little things add together to complete the picture of my new life. Nobody can say that it's perfect and for many of you saw it would-be surprised by how dull it appears but for me it is beyond anything I could have imagined just a couple of years ago.
Those few years ago there were times when I wondered how sensible it was to go through all this turmoil for the few years which I have left. There were days great sadness this week when I heard that Gracie Hunter had suddenly died. She was a little bit older than me and enjoying every moment of her new life and had just moved into her new seaside apartment on the south coast. Keep up much of their energy into helping and supporting others and I like many had an open standing invitation should I be passing away and had expected to sometime this year. She will be greatly missed by many. She was lucky to be staying and having fun with her friend Taz  when her quick end came all of which I am sure sure would be most grateful. Sympathy for poor Taz. 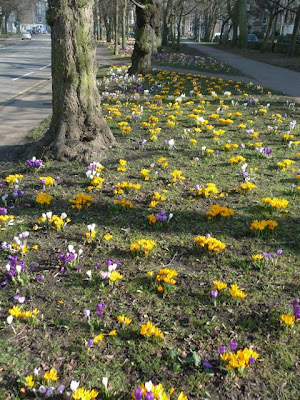