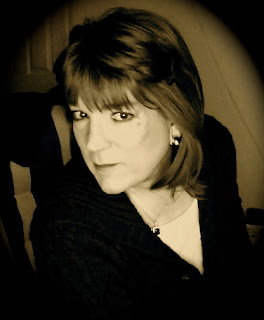 Just the other day a 0.87€ stamp fluttered out of my handbag where it had been since I had purchased it along with its siblings in April while in France. That is £1 or $1.5 and they had been acquired to send post cards to one special friend who had retired early to the Piedmont in Virginia. The stamp had hardly hit the ground when I opened an email from a long lost net friend who had decided to seek me out and pass on the bad news that she had been searching for our mutual friend only to discover that she had departed this life a month before, just one month short of what would have been her 63 birthday. I had not long ago posted an old fashioned letter to her country hideaway knowing that post was being redirected. It had been written with dread and clearly said that I fully expected that it would be her sister who would be reading this years birthday greetings.
I asked for some sign of Melissa’s fate to be able to pass a message on to the endless posters of messages of concern.
My € stamps had been to send postcards of the European journey, she said that few items of real post fell into her mailbox and this was our little game on these trips. Being away from the net much of the time away it was a chance net hookup in the middle of nowhere about a month into the trip when I sent a message one evening asking if she was OK, her net activity had been a little different from what we normally expected when I had been reading online, her comments kept us going after all. A message came back immediately and we did an online chat which she had said she would never do preferring our exchange of long emails. Out came the saga of going to one of her regular family Monday meals forty miles from her sanctuary and ending up in hospital! The saga sounded horrendous and lacking in any real longterm hope of returning to her old life.
For such a private person to have to suffer the hell of her treatments and the well meaning ministrations of her 90 year old mother while trapped with little stimulation and no outlet for the personality we all knew and loved whilst in a high rise apartment in the stifling summer heat must have been a sad way to end her time here. Her mother after all had always refused to accept the Melissa we knew...
I was shell shocked, we were like online sisters and there was nothing I could say or do to help. The final card from the French part of the trip could now never be sent, what could I write?
Those last four months must have felt like an eternity and the replies to my attempts to keep her amused became rarer and shorter as she spent more time under morphine and she kept falling asleep at the keyboard. Somehow even in the darkest moments she managed to slip in one of her trademark quips to show that her spirit was not yet broken but the suffering could not be hidden.
She only made one brief return visit to her sanctuary in the woods and I am sure she knew she would never be able to manage the effort required to live there ever again or ever again be able to live out her life as our Melissa.
I have lost many of my closest family and friends but the tears shed over this new loss exceed all those previous tears combined. My twin soul is no longer suffering the slings and arrows of this cruel world and that is my only comfort.
Melissa Alison Price. 21 September 1948 - 20 August 2011.
Posted by Caroline at 23:12 13 comments: