Our escape time here is drawing to a close and the weather is changing from the  roasting hot to cooler low twenties during the day. I even slept under a sheet for the first time in weeks last night, sleeveless tops are not the thing for evening wear anymore. 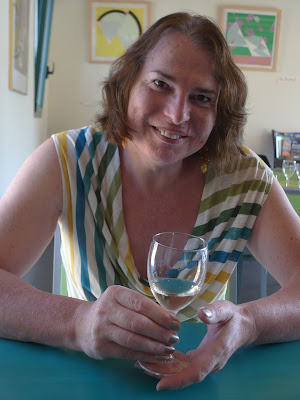 For Sunday lunch we went to our favourite restaurant just across the garden, someone has to do independent testing to make sure the standards are a high as they have always been. Louise says that I should not be eating between meals, well I am not but some of the meals have been better than we make at home…
So here is a taste of life in this desert corner of France where Julie’s sister and French chef husband have had a restaurant since 1982. The first was in an old vine store just a hundred metres from here, very rustic and family friendly which after the first season cost nothing to advertise since so many customers returned year after year and their children grew and brought their families. Life was more relaxed then and most chose a menu selecting from the 15 foot long cold buffet table of meats fish and fresh salads where you could eat as much as you wanted! So much in the way of vegetables was not common in France. There was a large open grill which burned vine stumps though in high summer you might not be able to see your rabbit grilling because the fire would be in an old wheel barrow at least until the local blacksmith made a custom wheeled BBQ for behind the building. Here was a great family atmosphere and the were in the guides like the Michelin which had them on the map, a rare thing, as good food at moderate prices. They did a roaring trade until my sister in law started to find it too much and their children decided they did not wish to work there, knew how hard it was!
After the business was sold they decided to start a more flexible one in the garden! They had never been able to buy the old building but could build one new to their own specifications as a small Friday to Monday restaurant with a terrace and two bed and breakfast rooms and a kitchen from which they could do catering jobs too. Their daughter is now front of house and is especially interested in encouraging specialist local producers and has wines of the week which she presents with the background to their production as the clients get to taste them. It is called the green roof in french of course but as the government keeps taking away money at the wrong moments then giving it back again it has been several years now without the green living roof. Finally the components for watering and drainage have been ordered and in a break from the past It arrives after I leave! Now a girl no real help any more... 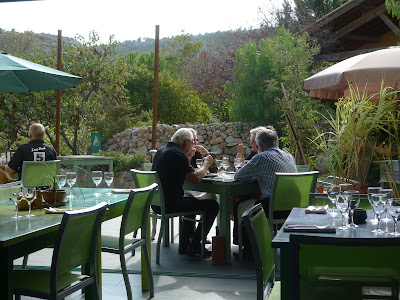 It was too hot for us to eat out on the terrace but others found it to their liking and basked in this late summer sun, we kept out of the direct sun and tucked in to a great lunch. 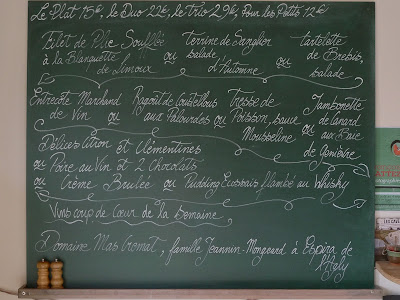 I found that they had pinched the magazine I had
bought to improve my French, well my food French. 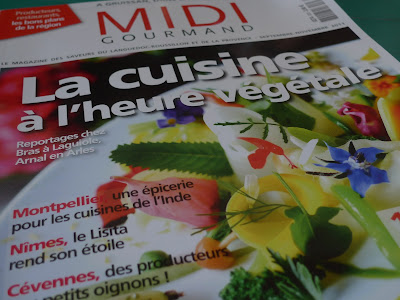 Starter was so good I tucked right in without  a
snap. I asked for a second to photograph but...
It was the fish soufflé, light as air. 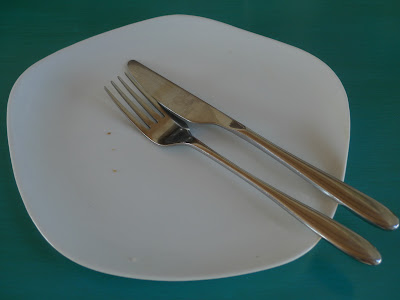 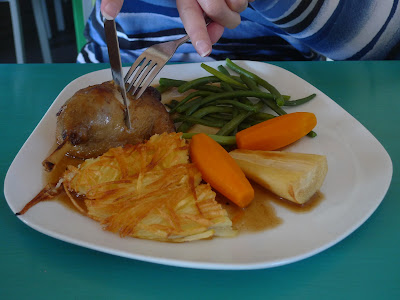 Pork with palourdes for me 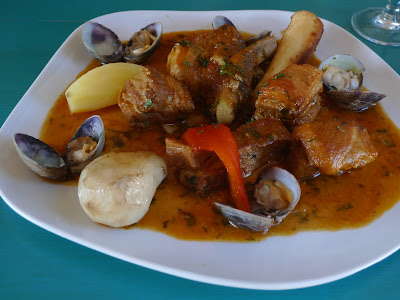 We shared a desert of pear cooked in wine,
really we shared it! 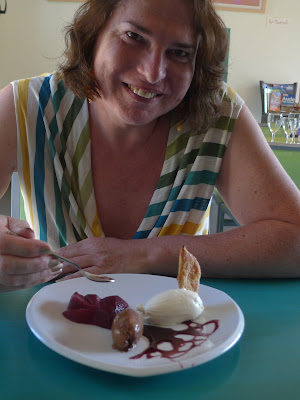 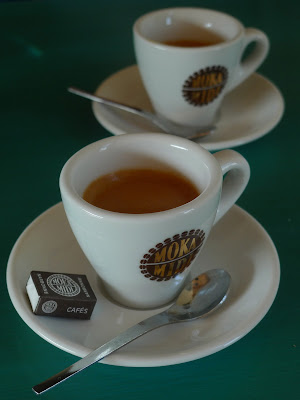