Thoughts at the year's end. 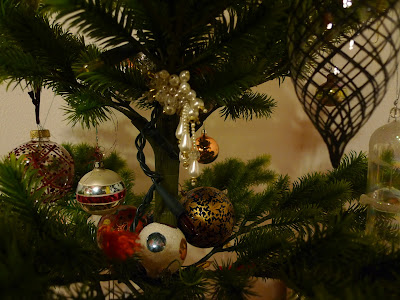 Yuletide has never been my favourite time of year as I may have mentioned…
The year flashes before your eyes as you try to write to keep distant friends and family up to date, some have had a bit of a surprise and those who should be up to speed have been hopeless at absorbing the new name! Poor postie must think there are about eight people with similar names living here.
Thank goodness for the photo files which act like a diary and supplement the hazy memory with reminders of forgotten enjoyable trips and meetings with friends. I know many disparage “the c********s letter” but it has to be better than the half hearted scribbled signature combined with blurry postmarks which have us guessing for days sometimes…
In most peoples eyes my change is a fait accompli with the only vestiges of resistance in some of those who have been closest to the old me and find it hard to overcome the imprinted automatic greetings with wrong pronouns and especially amongst my partners cousins who still flinch at a close contact. The latter becomes more pronounced with the absolute acceptance of so many, it would be impossible to fake the soft embracing hugs so many of my closer women friends share… Priceless.
For so long I have been at a happy place, completely comfortable with my strange hybrid body which seems so natural to me now. I don’t know how I would be feeling if I had lived these past years with a  sack of junk bouncing between my legs and have never regretted for a moment my decision to deal with that problem early on. Before c********s when I paid my visit to the GIC in Glasgow I found myself comparing my present self with the creature who first went there just two short years ago. I remember speaking about how much some must change at one of my earliest appointments at a time when I felt that I probably would not change too much from how I had been for most of my life. How wrong I was!
Gone is my long hair! For this visit I arrived with a fringe, something which I have not had for nearly forty five years… Some of my nails were broken so gone was the colour which was so long my trade mark as the collection of forty small coloured bottles testifies to. For forty years I longed to wear earrings and necklaces but could not bring myself to do it after some nasty close encounters when a student in the seventies, now they are something which leaves me feeling a little naked if I go out without them… My old androgynous clothes now feel almost butch when I wear them for doing housework or gardening, being a child of the fifties and austerity it is hard to part with most of them until they are worn to rags, this may have to change!
Stepping out with my slowly improving wardrobe is so liberating though that feeling is fast being replace with the general feeling of a happy rightness. That rightness feeds back to the confident daily presentation which increasingly has me interacting with strangers who despite a good few clues to the contrary, like size, have us chattering away with no sense that they see anything other than another woman. I have been having both my large toenails removed over the past five weeks so have spent too long in the waiting room at the doctors surgery for the procedure or subsequent dressings. During one long delayed wait with just me and another woman a long dialogue started up, first about the usual, cold wet windy weather and delays then on to life the universe and everything… I think that was my final passing out test leaving no more doubt that the project has worked.
As we work through our transitions I think we have periods of absolute comfort as we achieve some personal goal then some anxiety as we face some change. As I said at the start of the post I have been quite comfortable with my present body and for so long thought that this would be the end of my physical change. Now that GRS is now a possibility with the funding now in place I do find myself in a strange state of low anxiety that something like age related health will trip me up with the final goal in sight. I have lost some of my recent joyfulness and find myself a little lacking in focus and lethargic. Weird, you would think it would have the opposite effect.
I thought that this would be a presentless c********s, not a bad thing, I have enough to keep me entertained. Just before c*********s there was a packet delivered by post from Virginia. Those who have been reading for a while may have come across Melissa who took ill in the early summer and soon succumbed to a melanoma on her back. The packet was from her sister Robin and contained some of Melissa’s earrings and a delicate chain bracelet as mementos of our friendship. The earrings show a more flamboyant side than we were used to from her blogs and at present are hanging amongst the decorations on out Yule tree! 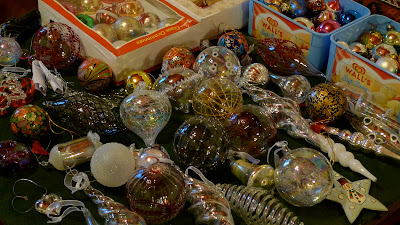