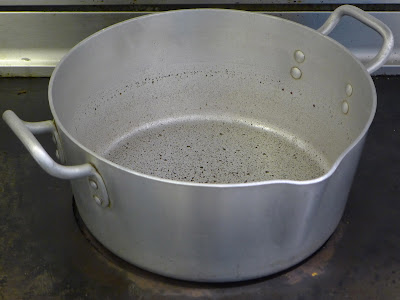 It"s that time of year again. Since the great rise in the price of pick your own fruit I have given up making strawberry and raspberry jams and concentrate on fruits grown in the garden and at this time of year marmalade. 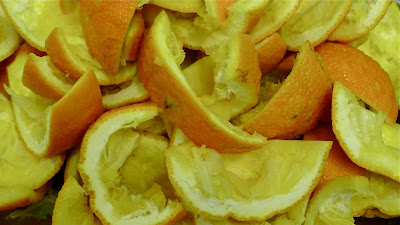 There is nothing quite like home made marmalade but there used to be when I first arrived in Dundee in the beginning of the 70’s. There was still a Keiller’s sweet factory right in the centre of the city and most of the workforce probably lived just minutes away, the city centre hummed with life back then and felt so much safer than the bleak place it has become since so many were moved out to housing schemes on the edge of the city. The air used to be heady with the sweet smells of sugary confections.

This was one of the three “J”s which made Dundee famous, Jute, Jam & Journalism. They were all right there before your eyes every day that you would have bet your life that they would be there for an age to come. No more sweet smells in the air, no views of printing whizzing like a roller coaster on conveyors seen through windows of the printing works made just to show off the process! Huge bales of jute passed through the city centre on route to the factories built to look like Venetian palaces, I could almost time the day since I have never owned a watch except for a couple of years when I used one to time paid parking, by the passage of a flat bed horse drawn cart passing just feet from my bedroom window. Further out of the centre was a famous brand cola bottling plant, again window right on the street to show off. Brand leader denim jeans were sewn in the industrial fringe, almost all the ATM machines in the world as well as cash registers were made by NCR. Timex made uncountable wrist watches and later 3D film cameras as well as being the factory making the most personal computers in the world. Ships were built on the river front, the list goes on but it is all gone. Hardly a trace remains, little more than if it were a long lost Roman fort from a brief time 2000 years ago! Like I said, who would have bet on it?

The Seville oranges are special and are only available for a very short period and being unwaxed are liable to quickly rot so you have to be vigilant. This year they were so early they arrive last year! Luckily lovely Lucy spotted them and bought me four kilos, does not sound much but makes about 40 jars which is plenty to see us trough the year even if some are given away as presents. Seville oranges are very heavily seeded which provides lots of pectin to set the jam and it is also unique in that the pith cooks completely clear. 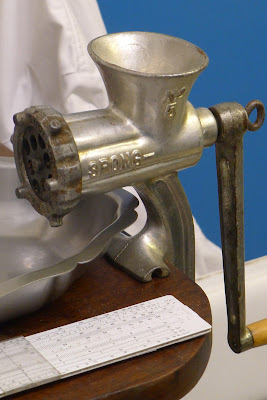 No two people will ever agree on how to make the perfect marmalade. Some like it pale others rich and dark, some like chunky lumps of peel, some fine shreds. I mince the peel through an ancient hand turned meat mincer, countless decades old and still going strong, I guess I shall never get round to using the newer version which I brought when I moved in here over thirty years ago! 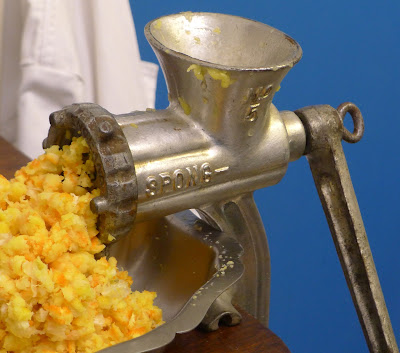 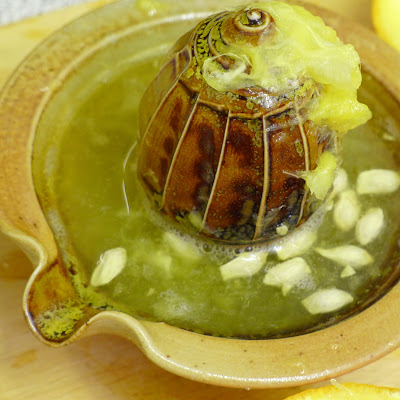 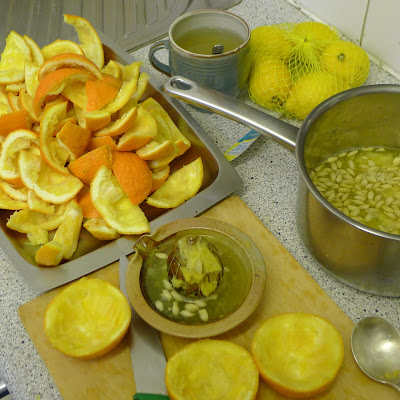 Other essentials are a large jam pan and a plastic slide rule, well the last one is optional and you might only ever find one in a museum now but it is ideal for calculating odd proportions when you come to the second batch which might not have exactly the weight of fruit as shown in the recipe. I know that you can do it by a series of calculations on your smart phone but I don’t have one and it would not be as quick as the slide rule which really does rule in this case! 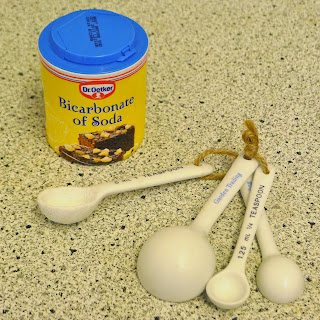 To cut down on the cooking time bicarbonate of soda is added to the warming fruit, supposed to help soften the peel. A recipe should be available on a previous year’s post as will pictures of bubbling fruit and sugar. These pictures are from this year’s first batch, I really like the huge jars which had artichoke hearts in and speed things up really well. For small jars I now prefer Bon Maman with a wide open top letting every morsel to be scraped out, British standard jars always had a shoulder which wastes some which drives me crazy. What I do know is that it was a mistake to “lend” a few dozen jars to a friend, don’t think I shall be seeing them again and I have not seen a bargain offer on Bon Maman jam for an age now… Emergency rubbish jars will date this year’s boiling! 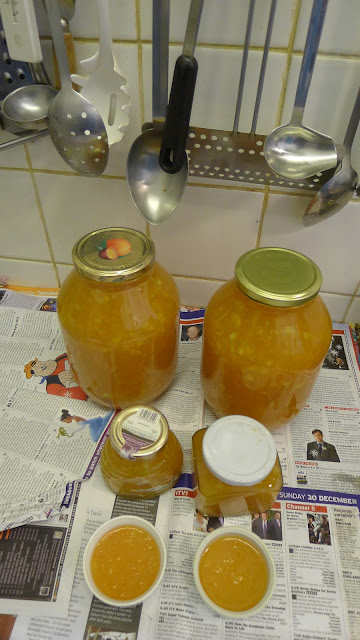