The scariest video you will ever see. Open theft of a health service...

The scariest video you will ever see.


Our public funded health service has been systematically degraded to be replaced by private funded companies who are obligated to put profit before health care!

All political parties have been following slight of hand tactics to make NHS look unworkable so that it can be replaced by a system which will not even try to look after health.

The same methodology is being followed by gangsters over the whole world and your health is at stake!

If this does not have you screaming at the screen in fury they have won...
Posted by Caroline at 17:58 4 comments: 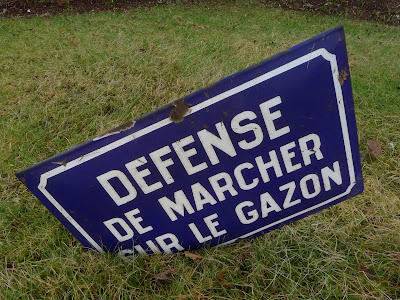 I never fail to be surprised by how life turns round so quickly. A grey cold snowy world two weeks ago has turned into one of blue skies and sunshine allowing hours each day working in the garden. 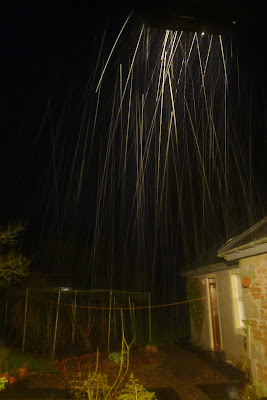 Because this time last year I was forbidden any work in the garden it all got a bit wild. The wet summer encouraged growth so much that Bramble Cottage should have been renamed Ivy Cottage as it rambled everywhere providing nesting for birds the I could not touch it! Ivy clings to everything except that which you want it to, I had hoped that after winding through the front fence it would cling to the adjoining wall for added support but it somehow knew that and just lay loosely on top of the wall! The wet summer also encouraged it to set down roots every five inches as it ran across the ground setting like an iron reinforcing mesh. Someone had found some difficulty finding us, I have no idea why... 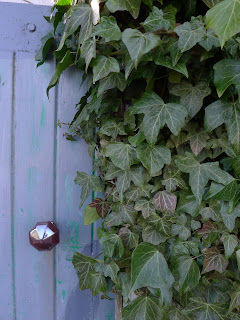 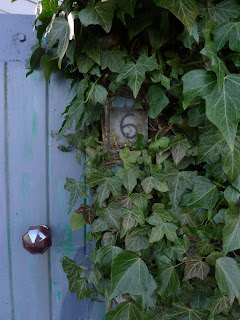 Our local authority collects garden waste every two weeks in large wheelie bins and because my neighbours were not yet ready to face their gardens I got the use of four each packed solid buy standing inside to compact the chopped prunings of ivy, rose and bramble which I do not like to compost. Within a couple of  hours of them being emptied my own was full again as were plastic sacks and an old bin, I was surprised to find that I could drag the nearly four foot high wheelie bin up a plank into the back of our van and take it all to the recycling centre where guys rush up to help lift everything out. Nothing can slow me down now.

Sleep which had been so difficult for about a month suddenly fell into a pattern of waking at 7:30 which a friend still considers a lie in but for me has never happened before in my life except on very occasional days. The early morning light is wonderful though often fades as  the sun rises into a bank of cloud only to burn this off and blaze out of a blue sky later on. Vitamin D must be coursing through the veins again as I have cheered up so much.

All my computer time has been taken up with hours each day retouching  photographic files for one of Julie’s projects. She had obtained three image files from National institutions from which she could have reproductions of paintings made. Tha files were massive and each required more retouching than I have done on all my own files made over several decades! I am now quite adept at left handed working as the thousands of clicks was risking RSI! My own clients were always overjoyed that they were able to hand over my transparencies directly to the printers because the subjects were always beautifully lit and the film perfectly exposed, these files looked like they had been made in a snow storm! All done now so I have my life back!

Sixteen months ago when at my appointment with the surgeon in Brighton I had hoped to be told to loose some weight, I respond to commands like that very well but they told me it was unnecessary! Since that time I have put on a few pounds only but with the hormonal fat redistribution my middle has become more prominent, quite a normal female shape but combined with being in the overweight part of the body mass index chart something had to be done. You would have thought that by now someone would have posted a perfect weight loss regime rather than all those links to people wanting your money,well there is a way... The 5:2 fasting diet.

During the running and jumping extravaganza in London last year a science based documentary was broadcast with an excellent regime to shed weight, naturally hardly anyone saw it! I book marked a report about it but it got buried but a month ago it was dug out and a book just written was bought. Hardly necessary really because it is so simple and does not really interfere with your normal life.
Two days per week only 500 calories are allowed, enough for a cereal breakfast and a light evening meal, this allows the body to go into burning stored reserves mode, something western three meals a day plus snacks citizens rarely ever do. The other days you can eat as usual and the expected catching up the day after does not happen. Word is getting out and it is surprising how many we meet are already trying it with success they have never experienced with any other attempts at weight reduction. I am already having to tie up my pants when working in the garden, even spent fasting days in the garden without feelings of hunger or loss of energy.

I was going to run this experiment for several months before reporting on results but it is working too well to hold back from encouraging others to give it a try, think about it, the reduced calorie intake on those two days is about a pound of fat, I have lost seven pounds in just under five weeks! If I can settle at a pound per week I shall be delighted and with increasing activity I expect I shall. Everyone also report feeling fresher and more alert as a bonus…

I am loosing this even though we have suddenly found ourselves being invited out to dinner parties, three this week alone! Try it now!