The Danish Girl and the Scottish girl... 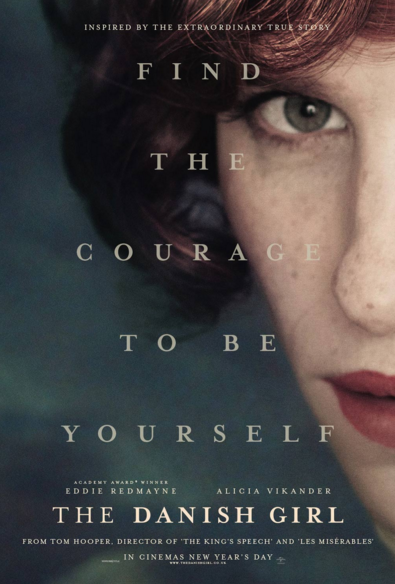 Everybody knows that there is an Oscar nominated film out about a Danish girl who broke the ground for all of us.

There have been several weeks of will I , will I not go and see this film. Do I need to stir up old memories and torment now that my physical transformation passed it's last big hurdle just two weeks short of four years ago. Memories of the transitional years and the decades of misery which preceded it have almost faded to nothing. A life which I never imagined possible just flows naturally day to day, congratulations on how well I am doing have petered out and most now seem to have appeared to have forgotten my previous incarnation. I guess what I am saying is that transition has worked just fine.

Today was the last day of the local film run, it was a clear ice free day and  not pouring with rain like the fast few weeks so I invited two of the friends who have known me the longest, through all incarnations to see the film. It cost me dearly since I felt that I had to pay or I may never hear the end of it! Perhaps the film would pass on some insights which I had failed to pass on. Others have written far better reviews than I could, I am rubbish at remembering names so shall just stick to random thoughts and impressions.

I was struck by the beauty of the film making by the second shot and knew that I felt I was getting my moneys worth and this was just an upside down reflection of a stark winter tree in a pond, those who know me will understand. It is  superbly crafted beautiful period piece with marvellous attention to detail. I was a bit disturbed by clearly newish roof tiles and guttering on a street of terraced houses but am probably the only one to be so... if the costumes have not been nominated for an Oscar there is no justice in the world. Someone got a steam train to drive over a bridge into Dresden for several wonderful seconds of screen time while a carriage interior shot from that train filled the screen for little longer, no expense or effort has been spared.

The casting and the performances cannot be faulted and were all believable, it is hard to imagine anyone else now taking the lead role. Some have muttered about not letting someone transsexual play the role but that surely would have defeated the point of showing the struggle of someone with a male body trying to find a way to break free, you needed an unaltered slim 20's period body for most of the film.

There are no two stories the same, just occasional similarities along the way so this is just a portrayal of one story at a time when medical knowledge on the subject was almost non existent and anyone whom you approached for help was more likely to harm you. Sadly ninety years on in many places not much has changed... There is a long slow awakening from the buttoned down role of fashionable successful painter who hated the limelight falling upon their fake identity. This stabbed me through the heart since my success as a photographer caused me to stall at the height of my career as that hated name kept showing up in reviews. The new me could cope quite well but lacks the energy and drive but has shown herself more than capable of standing in front of a crowd and giving a lecture without an extra heart beat.

Much is made of the clothes. We all approach female clothing differently, Lili is shown having her grasp on the old male facade cracked  open by exposure to the exotic world of different materials, textures and garments at a time of more mutually exclusively allowed modes of dress. To wear "other" really was to transgress! Lili does transgress and old defences against the world crumble.

Her wife Gerda is both supportive and by turns struggles with Lili's need to leave the male world behind at a time when there was no real alternative available. How all this is shown is probably much clearer to those of us who have lived through it all, it came over more hazily to my film going companions perhaps because of the slow languorous pace of the film to this point.

Then it gets more serious with a race between breakdown and finding help proceeds, this leads to finding the one person probably on the planet who can and is willing to attempt to help. I remember being asked multiple times, "are you sure that you want to go ahead with this procedure knowing all the possible risks?" Lili faced the same question but the risks were in a different league without modern antibiotics and multiple stage experimental surgery! Having been to the point of "I would rather be dead than carry on" I think I know something of how she may have felt, perhaps not as momentous a decision as most viewers would imagine!

After the long slow bulk of the film I feel that much must have hit the cutting room floor to speed over the final chapters.  We were given to understand that the operation would have to take place in two stages and at this point it becomes a bit unclear as to how far she has got. It was as if someone whisked away you plate of half eaten food in a fine restaurant while you exchanged a few words with a fellow diner, choice bits you were about to savour gone! The final chapters of the film were too rushed to give a true idea of what Lili had in the way of a life, we saw her happily working and having a close friendship with a male friend without any indication as to weeks, months or years passing... Perhaps a full gritty ending was too much for the producers...

It was a beautiful film to watch, a heartbreaking human story fairly well told but not one to really use as an educational tool to help your friends understand. Fairly flushed out the tear ducts in places. one scene was a master stroke when still male attired Lili pays to view a woman through a window and is at first given the usual routine only to quickly realise that she was having her movements copied, the centime drops and a feminine movement tutorial ensues...

A sad week when the news of David Bowie's death was announced on the radio as I was waking up, I thought it must be a very bad dream. The Beatles allowed me to start growing my hair beyond the previous ultra strict rules but Bowie sashaying about in gorgeous dresses like the one on the "Man Who Sold The World" LP and the gender fluid lyrics on those early seventies LPs really opened a door to a new world where I could survive. He really helped save my life. RIP. 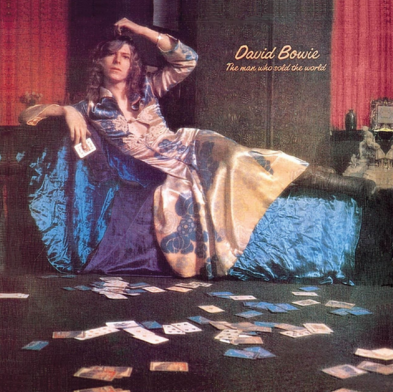 Posted by Caroline at 01:36 No comments: