My local shop started selling easter eggs a week ago. 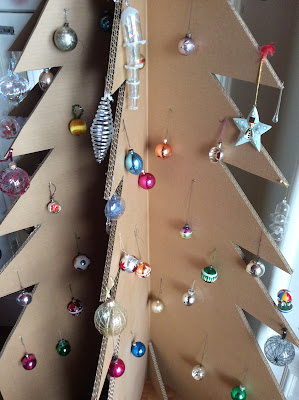 There is a certain irony about my first real job, it brings an interesting range of reactions when I tell people.

I drove Santa’s sleigh! Yes, I know, like most worshiped characters this one is a madey up character and my Santa was a lecherous child hater who loved his Bunny Girl helpers. My job was to load the sleigh ride and run it for as long as I judged suitable to keep the customer flow going and grab the moving landscape side-screens if either jammed. If the lines extended out into the street the ride would be very short but sometimes when quiet I would see how long I could make the ride last… Fathers with dandruff on their dark jackets provided the only snow effects in those dark light lamps, I tried not to notice. For the two month run up to christmas there was only one 45 rpm disc played until it was almost worn out, I have blanked that tune from my memory. I got that job to pay for the “present” of a reel to reel tape recorder my mother had “bought” for me, did I mention that my parents were mean and selfish?

As a small child I had been dragged to see Santa in this very same store, I froze, not through temperature, or shyness, but through sheer terror of not being able to play the part and lie. How could Santa not know that I was really a girl and his presents would be unsuitable! How could I tell him? Nobody could understand why I could not be happy and show joy when given presents. First couple of years was easy, soft toys and bricks, by the time of my third birthday and the arrival of my twin sistersI knew exactly who I was but could not work out why adults did not seem to have worked it out…

Only briefly did I ever have any money so have never been swept up into the shopping frenzy, once the ghastly seasonal music contaminates the air I stay away from all but necessary grocery shopping. Dressing a Yule tree has held interest since it is the honest pagan part of the season acknowledging the change of the solar cycle as the setting sun pauses for several days, not changing it’s setting position inline with a cross shaped group of stars nearby, then slowly the daylight starts to lengthen again. So many religions have jumped on this bandwagon but hey who can even see the stars now with all the light pollution? For many years now I have improvised the tree element refusing to wantonly kill a tree then pay a small fortune to watch it dry up and drop needles between my floorboards. For the past two years the “tree” was virtual but the decorations hung in midair much where they would be if they were hung on a tree, that was a great hit. This year, in the spirit of recycling, I have made a cutout tree from corrugated cardboard left over from a long ago exhibition. Cleaning up after is going to be a breeze.

We have rounded up a houseful of folk, all at a loose end with no family to feed them, so shall cook up a feast much like any of our dinner parties except there shall be flames flickering over the pudding once it is doused in heated brandy…

As usual we have each nominated a recently acquired item as designated Yule present, just incase someone asks! I doubt that I shall ever fully change my attitude to presents so late in life.

At least the new improved me can enjoy a party now.

Posted by Caroline at 03:07 No comments: